Rookie Senator Jim Webb from Virginia gave the Democrats’ response to President Bush’s State of the Union address yesterday evening. In it he criticized President Bush and former President Harry Truman. He also ignored more than 53 years of US military history, including his own stint as Secretary of the Navy. Here’s what Webb said last night:

As I look at Iraq, I recall the words of former general and soon-to-be President Dwight Eisenhower during the dark days of the Korean War, which had fallen into a bloody stalemate. "When comes the end?" asked the General who had commanded our forces in Europe during World War Two. And as soon as he became President, he brought the Korean War to an end.

Is Webb’s assertion that Korea is a good model for military strategy on target?

Well an armistice was signed in 1953 and open hostilities ceased, but not the US military presence there. In fact, every president since Truman has maintained a major US military presence in Korea. Even President Carter, who promised to withdraw all US troops within the space of five years, dropped his plan in 1979 after pulling out only 3,600 troops.

Even during Sen. Webb’s 1987-1988 term of service as Secretary of the Navy, US Naval forces continued serving in the Korean theater--34 years after the end of the Korean War. Apparently with Jim Webb’s approval. 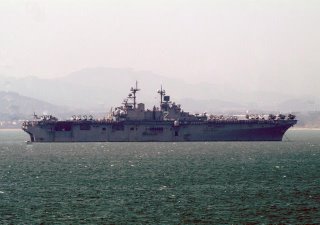 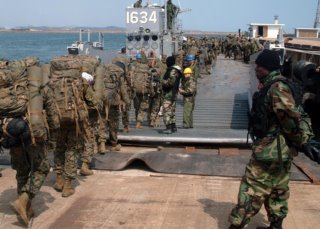 Maybe because no US president has dealt with the underlying problem. That problem has now expanded to a North Korea with nuclear weapons working towards rockets capable of carrying them to distant lands--including the US.

Perhaps Korea isn’t Sen. Webb’s best bet as an analogy to how to deal with Iraq. Using that model, we will still have a heavy troop concentration in Iraq until, oh, 2059--with no end in sight. Not to mention, the probability of having unbalanced leaders in the area with nuclear weapons in hand and rockets capable of carrying them to distant targets.

With military strategists like Sen. Webb, who needs enemies to pin our troops down?
Posted by T. D. at 1:27 PM No comments:

Mark Steyn spoke at the Heritage Foundation today on his new book America Alone. His main theme was the cultural/population crisis the West is facing. America Alone has been on the NYT bestseller list since November.

If you haven't read it yet, or if you have and want Mark's underlining, you can get the video version or audio version (including an mp3 file you can save) online at:

CSpan will probably broadcast it at a later date.

Mark is the premier conservative commentator of our day. He's always on target and has columns running in major media outlets in North America, Europe and Australia. There are links on my sidebar to his commentaries.
Posted by T. D. at 12:37 PM No comments: