Can We Believe Public Officials on the Fires?

I just saw Clackamas County Sheriff Craig Roberts (11:00 mark) at a news conference saying that people setting fires is not a real problem. Though he said they want tips called in to 911, the only example he gave was a false one. So, his message was more one of downplaying any danger than asking people to help avert it. Of course, they are trying to be careful (if not politically correct) because one of their deputies said Antifa was setting fires. But, I have good reason to believe the sheriff is at best hiding part of the truth.

I was at a medical appointment this week and the doctor said his sign had "kill cops" graffiti written on it last week (which he cleaned off). Then over the weekend people set fire to his dumpsters which were next to a house fence and started to burn the fence. The fire department was alerted by home owners since no one was at the office.

Another friend received a text message from a friend living in Washington County that on the way to work she had seen a car driving slow with flashers on and shooting fireworks through the car window towards the trees. Apparently that person was apprehended due to car description and license information.

These are two clear cases I have heard verifiable testimony on. Contrast that with no one I know has had COVID-19 and no one I know knows someone in Oregon who has had COVID-19. No one in my entire friend/acquaintance network knows of a single person who has died from it. But here are two concrete fire cases coming from that same limited network. I have more personal evidence for arsonists than for COVID-19.

On the Multnomah County Sheriff's site:

We are at a loss for words. Patrol deputies, along with Corbett firefighters responded to a small brush fire in the 1700 block of NE Brower Rd at 3:52 p.m. Neighbors heard several pops and saw six foot flames in the forest about 100 yards off the road. Using a shovel and water, they were able to put it out before it spread further. Corbett Fire is mopping up. Upon investigation, deputies found spent fireworks. The case is open.
Deputies are conducting high visibility patrols in rural Multnomah County until the fire threat is over. Corbett Fire will remain in the area.
If you see an active fire, call 911.
Fireworks are illegal this time of year and pose a huge risk. No burning of any kind is allowed in Multnomah County, as a burn ban is in effect. 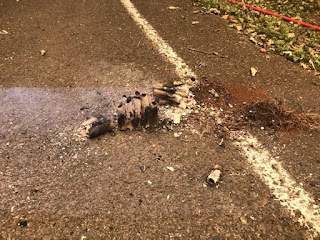 None of this is from Clackamas County, but it's hard to believe that Clackamas County alone in the Metro area would have no similar activity. If nothing else, the sheriff should take note of the danger in neighboring counties and encourage his county residents to look out for possible arson.

Still, saying all this, police are in such a tough situation with Defund cops and most Oregon political leaders against them versus police still trying to keep people safe in spite of politicized orders to turn a blind eye to violence. I feel sorry for police, fire fighters and emergency workers who are now targets of wrath.

I thought I had somehow installed malware because I tried going to a site and was blocked from doing so by this screen: 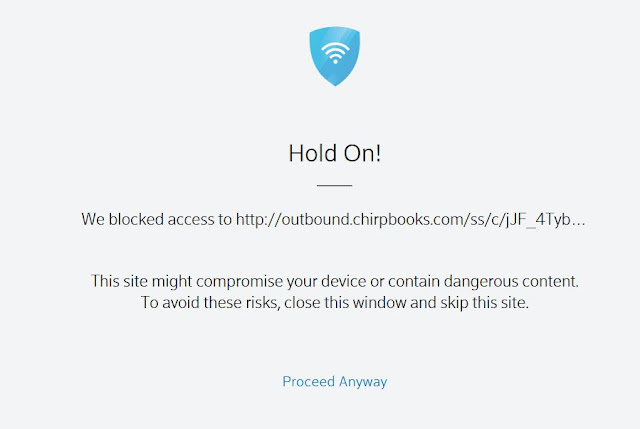 The "Proceed Anyway" link doesn't work. The service comes up from safebrowse.io. It turns out this is a flawed service that Comcast "provides". Fortunately, there is information on how to disable it on the Comcast user forum.

3. Under xFi Advanced Security click on the disable button

I only happened on the fix because in the midst of a bunch of false fix sites seeking to sell their service, was an entry from an discussions.apple.com site that mentioned it and was obviously not trying to sell software. A poster there pointed me to the Comcast user forum.

Glad I found out it was Comcast's fault and not mine for somehow clicking on a malware link. I'm going to let Comcast know how buggy their helpful safebrowse fix is.