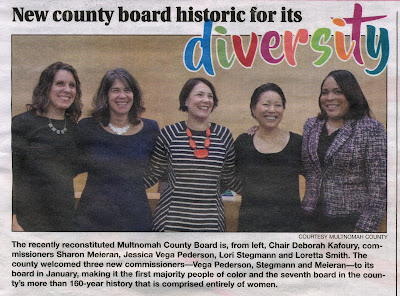 This is what passes for "diversity" in Multnomah County. And notice the slightly slanted colored letters (all of the same font and same size) that cleverly make the point. 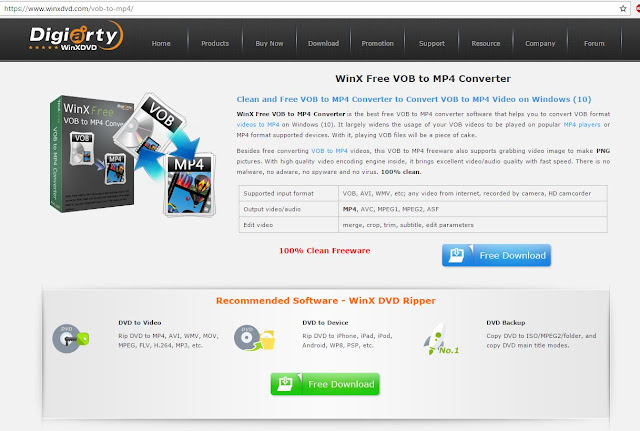 I have converted many vhs videos to dvds. Unfortunately some of them have the 1:55 error which means the vob file may be 20 minutes or more long but registers as 1 minute 55 seconds long. This makes editing the file impossible in many editing programs. The way around it that I have found is to import the files into WinX Free VOB to MP4 Converter and convert them to mp4 files. Then I can edit them.

As the name implies they have a free version which works great. However, for me they deserve the $$$ because they have saved a number of my files. So, I have upgraded to the paid version. (If you order from the trial version, you get a discount off ordering from the web site.)
Posted by T. D. at 3:28 PM 4 comments:

Does the Executive Branch Have the Right to Say Who Comes Into the Country and Who Doesn't?

I feel it is only fair that I weigh in on this issue because I published three posts (1, 2, 3) that indicated I agreed with Judge Andrew Hanen in United States v. Texas that the Executive Branch does not have an unfettered right to say who enters or does not enter the country. Judge Hanen issued an injunction on February 16, 2015, blocking Obama administration policies directed at allowing 108,000 illegal immigrants to stay in the U.S. and be issued work permits.

My discussion here is not on the merits of whether the Obama administration's policies and Trump's executive order do actually stop immigration practices that would be detrimental to the U.S. Rather it is based on the issue of whether the Executive Branch has the sole right to determine what is in the national interest.

The Constitution gives the Executive Branch no powers in this area. The only mention of immigration is via naturalization which is given to the Legislative Branch (Article I, Section 8).

Patterico gives an excellent overview of the problem with President Trump's executive order. And with the discrimination aspect in particular. Congress has given the Executive Branch authority over immigration but with certain provisos under the Nationality Act of 1965. Under Section 1152 of the U.S. Code.


Except as specifically provided in paragraph (2) and in sections 1101(a)(27), 1151(b)(2)(A)(i), and 1153 of this title, no person shall receive any preference or priority or be discriminated against in the issuance of an immigrant visa because of the person’s race, sex, nationality, place of birth, or place of residence.

National defense (U.S.C. 1182 f*) is not cited in any of the sections mentioned above.

Further, if the assertion of something being "detrimental to the interests of the United States" would allow a president to allow people in or not, Judge Andrew Hanen could not have imposed an injunction on the Obama administration allowing 108,000 illegal aliens to stay and be issued work permits. Patterico:


Indeed, Obama tried to justify DAPA, his sweeping unconstitutional amnesty, in terms of our national security. In the United States’s brief in United States v. Texas, at pages 11-12, the Solicitor General wrote:

Deferring action for these individuals, the Secretary continued, would support “this Nation’s security and economic interests and make[s] common sense, because [it] encourage[s] these people to come out of the shadows, submit to background checks, pay fees, apply for work authorization (which by separate authority I may grant), and be counted.”

See what I mean? Presidents cite national security for literally everything. If you let them, they will run completely amok — and tell you they have to, so you can be safe.

A second issue is whether Washington state has standing to bring the case. Certainly if Texas did in United States v. Texas, Washington state does too. One of the key injuries Texas asserted was that it would have to subsidize driver's licenses issued to illegal immigrants. (I'm not kidding.) From Judge Hanen's opinion:


1. Article III Standing
a. Injury
The States allege that the DHS Directive will directly cause significant economic injury
to their fiscal interests. Specifically, Texas argues that the DHS Directive will create a new class of individuals eligible to apply for driver’s licenses,14 the processing of which will impose substantial costs on its budget. Plaintiffs rely on Texas’ driver’s license program to demonstrate how the costs associated with processing a wave of additional driver’s licenses will impact a state’s budget. Texas’ undocumented population is approximately 1.6 million, and Plaintiffs’ evidence suggests that at least 500,000 of these individuals will be eligible for deferred action through DAPA. Doc. No. 64, Pl. Ex. 14 ¶ 33; Pl. Ex. 24 ¶ 6. Under current Texas law, applicants pay $24.00 to obtain a driver’s license, leaving any remaining costs to be absorbed by the state. See Tex. Transp. Code Ann. § 521.421. If the majority of DAPA beneficiaries currently residing in Texas apply for a driver’s license, it will cost the state $198.73 to process and issue each license, for a net loss of $174.73 per license. Doc. No. 64, Pl. Ex. 24 ¶ 8. Even if only 25,000 of these individuals apply for a driver’s license—approximately 5% of the population estimated to benefit from the DHS Directive in Texas—Texas will still bear a net loss of $130.89 per license, with total losses in excess of several million dollars. Id.

Okay, so if driver's license subsidies (which a state does not have to give) afford standing to ask for an injunction, pretty much anything that proves probable loss of income or probable need for more spending will do.

My bet is that if the case goes to the Supreme Court, the same thing will happen as with United States v. Texas. The Court will split 4-4, and the lower court judgment will stand as happened to Judge Hanen's injunction (which was upheld by the U.S. 5th Circuit Court of Appeals).
_____

*U.S.C. 1182(f) Suspension of entry or imposition of restrictions by President

You throw mud, you lose ground. President Trump's own "apology tour" is having unintended consequences.

In the first place, someone who doesn't understand the difference between U.S. wars in which we don't "invade" other countries to take them over like Putin's invasions (Georgia, Ukraine) has no understanding of basic morality.

Second, someone who doesn't understand the difference between willful policy to kill and a "mistake" in policy does not have adult intelligence.

So, according to President Trump the U.S. and its leaders are just as bad as Putin and other leaders (ISIS?) who murder people who oppose them because of the fatalities in the U.S. war in Iraq (which Trump opposed). Who was the main American leader in the Iraq War?  President George W. Bush.

As absurd as President Obama's claims of American failures were, he never implied George W. Bush was a "killer". The far left did, but Obama didn't. Now Trump has clearly joined the far left critique. Code Pink should be ecstatic.

Where are the conservatives who are outraged? There are only a few. Most have stomped on their principles because Trump isn't Hillary. Pathetic.

Well, let's take the Trump critique and apply it to Trump too.

Trump's first ordered military raid resulted in civilians and children killed and a Navy Seal Chief Petty Officer William Owens as well as three U.S. commandos wounded. So, does that make Trump a "killer" like Putin and ISIS, or to reach back into history a bit, Hitler and Stalin?

No. At least not for anyone who understands that purposeful killing is different than killing by "mistake".

But, there still are policy consequences. Because of Trump's military mistake, Yemen has now "withdrawn permission for the United States to run Special Operations ground missions against suspected terrorist groups in [Yemen]".  So, expect more people to be "killed" as terrorist groups have more freedom to recruit, train and attack because of this "mistake".

It seems President Trump has now joined his own list of American government "killers".
Posted by T. D. at 12:52 PM 8 comments: