UPDATE 2: Lots of these listed companies denied giving to Planned Parenthood and strongly requested that their name be removed. Sooo, the whole list has been removed from the Planned Parenthood site. Tweets, emails, letters, phone calls all helped to turn this around. Thanks to MaxRedline for posting on this!

UPDATE: The number of companies is now 39. Ford is not a contributor.  Melissa Quinn of the Daily Signal reports:

The Daily Signal has a list of 40 companies that directly fund Planned Parenthood.


. . . it’s not only the government that fills Planned Parenthood’s coffers. According to 2nd Vote, a website and app that tracks the flow of money from consumers to political causes, more than 25 percent of Planned Parenthood’s $1.3-billion annual revenue comes from private donations, which includes corporate contributions.

2nd Vote researched the corporations and organizations to find which supported Planned Parenthood and found that more than three dozen donated to the group. Some companies donated directly, while others matched employee gifts.

Forty-one corporations and organizations directly contribute to the group.

Planned Parenthood has come under heavy fire following the release of videos from the Center for Medical Progress.

Here are the 40 companies that have directly funded Planned Parenthood.

I'll be writing to some of these asking how they feel about selling harvested body parts. I'll let them know that I find it abhorrent and disgusting and will avoid doing business with them if they are in favor of it.

Update: The original list had 41 companies. One was removed in an updated version of the story.
Posted by T. D. at 10:16 AM 6 comments: 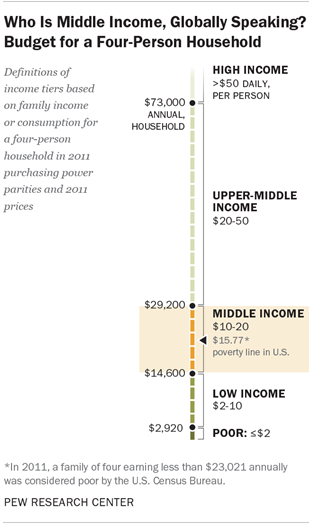 Pew Research Center has a calculator that can put your income in a global perspective.

For a four person household if you live on:

Here's what it works out to comparing U.S. incomes:

At National Review, Hans A. von Spakovsky reports that Secretary of the Department of Homeland Security Jeh Johnson has finally issued an order that work permits unlawfully given to 2,500 illegal immigrants will be "terminated" as of July 31.

Up against a July 7 order to either fix the problems before July 31 or personally appear before Judge Hanen and face a contempt of court citation for misleading the court and violating Hanen's February 16 court order, Johnson chose to retract the 2,500 work permits given in direct contravention of Hanen's injunction.


Yesterday, the Justice Department submitted to the court copies of two new “directives” from Johnson to Leon Rodriguez, the director of U.S. Citizenship and Immigration Services. (Rodriguez is one of the officials named in Hanen’s July 7 order.) The first directive, dated July 10, three days after Hanen’s appearance order, directs Rodriguez to mail a “Notice of Intent to Terminate” to the original 2,000 recipients of these unlawful work permits. The notice would inform the aliens that, if they don’t return their permits by July 30, DHS will terminate their “deferred action status and associated employment authorization” as of July 31 — the day DHS is required to give Hanen a status report on what they’ve done to fix the problem.
. . .
The second directive, dated July 14, basically sets out the same plan of action to take care of the additional 500 illegal aliens who unlawfully received three-year EADs.

These "terminated" work permits still do not deal with the 108,000 work permits given between November, 2014, and Hanen's February 16, 2015 injunction. Federal attorneys arguing before Hanen failed to inform him that the government was already issuing these permits leading him to believe that there was no reason to apply his injunction before February 16th.

At this point the only issue decided is that Federal officials under the Obama administration will grudgingly obey actual Federal court injunctions if threatened with contempt of court citations.

As for honestly giving information to Federal judges . . . that's still to be decided.

UPDATE 3: Good for George Rede of the Oregonian for reporting on the First Amendment issue.

UPDATE: Max Redline comments that Brad Avakian has put a gag order on the Kleins directing them not to talk about their views on gay marriage or face punishment. It reads:

“The Commissioner of the Bureau of Labor and Industries hereby orders [Aaron and Melissa Klein] to cease and desist from publishing, circulating, issuing or displaying, or causing to be published … any communication to the effect that any of the accommodations … will be refused, withheld from or denied to, or that any discrimination be made against, any person on account of their sexual orientation,” Avakian wrote.

If an Oregon judge or Federal judge doesn't overturn this, it means that not only is First Amendment religious freedom no longer protected, but free speech is also gone. 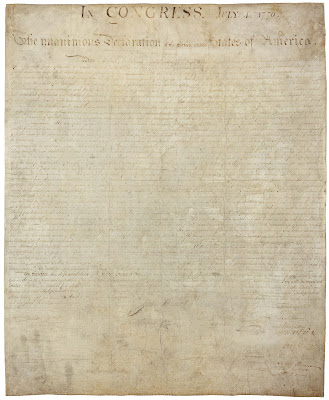 Oregon State Labor Commissioner Brad Avakian confirmed a recommendation by Administrative Law Judge Alan McCullough that Aaron and Melissa Klein pay $135,000 in damages to a same-sex couple they refused to bake a wedding cake for.

The refusal was made more than a year before U.S. District Judge Michael McShane legalized same-sex marriages Oregon so the marriage was not legal under Oregon law at the time, Rachel Cryer and Rachel Bowman, the lesbian couple, were apparently seeking a cake for a "commitment ceremony".

Oregon law allows a religious exemption from non-discrimination for sexual orientation to churches and religious institutions in housing, use of facilities and employment.

What's interesting here is that the argument on the left against the Citizens United v Federal Election Commission decision is that corporations should not enjoy the same First Amendment rights as individuals. Justice Stevens dissents from the Citizens United decision:


In the context of election to public office, the distinction between corporate and human speakers is significant. Although they make enormous contributions to our society, corporations are not actually members of it. They cannot vote or run for office. Because they may be managed and controlled by nonresidents, their interests may conflict in fundamental respects with the interests of eligible voters. The financial resources, legal structure, and instrumental orientation of corporations raise legitimate concerns about their role in the electoral process.

The same thing can be said of churches and religious institutions.  They cannot "vote or run for office", "may be managed and controlled by nonresidents", "their interests may conflict in fundamental respects with the interests of eligible voters" and their "financial resources, legal structure and instrumental orientation" may raise "legitimate concerns about their role" as regards Constitutional rights.

At the core of the Klein case is whether the First Amendment protection for the "free exercise" of religion is for individuals as well as religious organizations.

Oregon's current position is that religious liberty applies primarily to religious organizations and not to individuals. It's as if when you get enough people together to form an organization they gain more rights than individuals.

In the Burwell v. Hobby Lobby case the court declared that the government must use similar "least-restrictive-means" for closely held corporations as for religious non-profit organizations and no-profit employers. The State of Oregon has not done that. Oregon does not require churches and religious organizations to use their facilities regardless of sexual orientation but does require Melissa's Sweet Cakes to use its facilities irrespective of sexual orientation.

The recent Obergefell v. Hodges decision may bring a clash between the Court's protection of religious freedom for individuals, churches and closely held corporations and its support for equal rights.  Both Chief Justice Roberts* and Justice Thomas** raised concerns in their dissents about a meaningful retention of the First Amendment "free exercise" clause.

Their is no such ambiguity in the Declaration of Independence. Since basic rights come from God and not government, those rights cannot justly be abridged or denied by government.


We hold these truths to be self-evident, that all men are created equal, that they are endowed by their Creator with certain unalienable Rights, that among these are Life, Liberty and the pursuit of Happiness.--That to secure these rights, Governments are instituted among Men, deriving their just powers from the consent of the governed . . . ."

----------
*Roberts: "Indeed, the Solicitor General candidly acknowledged that the tax exemptions of some religious institutions would be in question if they opposed same-sex marriage. See Tr. of Oral Arg. on Question 1, at 36–38. There is little doubt that these and similar questions will soon be before this Court. Unfortunately, people of faith can take no comfort in the treatment they receive from the majority today.