Hats Off to Mariano Rivera and Andy Pettitte

This was the last baseball season for both Mariano Rivera and Andy Pettitte of the New York Yankees. Both went out with the grace, talent and style they have shown throughout their professional careers.

Rivera has said he is quitting in order to spend more time with his family and to work in Christian ministry. New York Magazine ran an extensive article on Rivera: 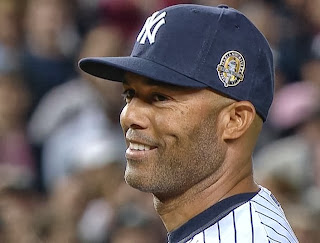 ". . . [W]hen Rivera says “church,” as in “My plan after baseball is to focus on church,” he means something much bigger than a new space to pray in. What he has in mind is a brotherhood (and sisterhood) of Christ, a spiritual and material outreach without boundaries, giving help to whoever needs it wherever they are, in the form of school supplies, haircuts, hot meals, Thanksgiving turkeys, toys at Christmas, college scholarships, bed sheets and bath soap for Sandy victims, and on and on. (The Mariano Rivera Foundation already donates between $500,000 and a million dollars each year.) He wants to keep funding church start-ups, as he’s already done in Mexico, the Dominican Republic, California, and Florida, not to mention New York. “In Panama, we have done I don’t know how many,” he says. Here, he wants to buy the building next to the church in New Rochelle and make it into an after-school program for at-risk kids. He and [wife] Clara are even talking about starting a seminary. Refuge of Hope, then, is more than a bricks-and-mortar retirement hobby; it’s a dream of a network of congregations and charities and pastors of the kind that used to be called, quaintly, a denomination."

Andy Pettitte is the only pitcher in MLB history to have never had a losing season in 19 years of pitching. This year, in his final game--a complete game--he ended with an 11-11 season.  His career record is 256 games won against 153 losses.

In a beliefnet interview Pettitte said that his goal changed when he went to the Astros (2004-2006) from a focus only on his pitching to also being an encourager and helper to his teammates: 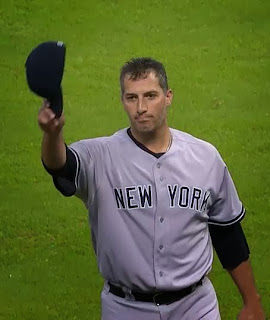 "With the Astros, that’s when it all changed for me. I went over there and I was one of the older guys on the team. I had a different role. It was almost like a player-coach role to a certain extent. That’s where my shift switched from being so consumed and so worried about myself and how I was performing and how I was doing to literally turning that all over to God and trying to be available to other people and trying to encourage other people and build those relationships. It’s amazing that when you get the focus off yourself how much things kind of fall into place."

Though Pettitte said he used human growth hormones for treatment of an elbow injury in 2002, he used it to speed healing while it was legal three years before it was banned.

Both men have been a credit to professional baseball and to their Christian faith. Hats off to them for giving almost two decades of quality pitching and character at the highest level of baseball and sports.

Dr. Maurice Rawlings: To Hell and Back

I recently finished reading the book To Hell and Back by Dr. Maurice Rawlings who as an atheist cardiologist resuscitated people who had visions of hell rather than a sweet, white light greet them.

A friend pointed me to this video on YouTube.  It reprises some of the key points in the book.

The Admiral Chester W. Nimitz bronze statue unveiled at Troutdale on July 31st was installed September 2 at its final home in front of the USS Missouri at Pearl Harbor. KATU posted this photo of sculptor Rip Caswell and his son Chad by the statue: 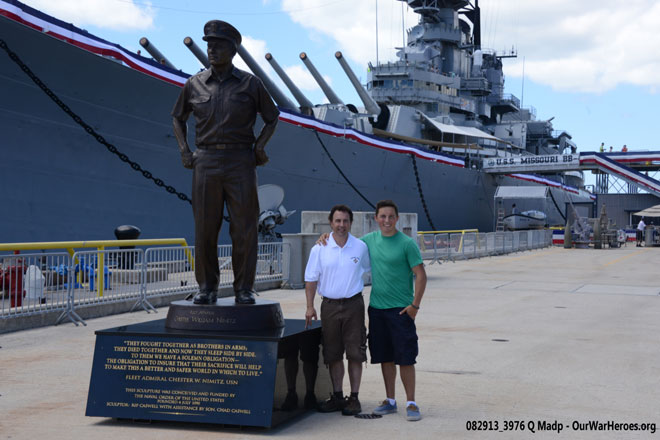 KATU quoted Caswell on the ceremony.


"It was so powerful to see him (Nimitz) there looking across at the Arizona memorial," said Rip. "The symbolism of it - this is where the war started and this is where it ended. And Nimitz was responsible for it. It was powerful imagery, I think, for everybody that was there."

I have not been able to find any video coverage online of either the Troutdale or Pearl Harbor ceremonies except the video I posted of the Troutdale unveiling ceremony. There was a professional video set up at Troutdale, but no indication of what has been done with the footage.

It's too easy to think of the almost 3,000 killed on 9/11 as just numbers. But, they were vibrant people who loved and were loved. And some, like Thomas Anthony Casoria, were heroes. I first posted this in 2006, and I post it again today because it's right to remember and honor men and women like Tommy Casoria.

Thomas Anthony Casoria was killed by Al-Qaeda terrorists on September 11, 2001. Tommy was only 29. He was a firefighter with the New York Fire Department, Engine Company 22. He lived his life in direct opposition to the values of the terrorists. He died trying to save lives. Tommy responded to the call for help in Tower One of the World Trade Center. Here's what one of his cousins, Jo-Ann Casoria, wrote:


Tommy absolutely loved his job and he loved sharing stories of his workdays with his older brother, Carlo, also a firefighter. (snip) Tommy radioed in his location twice after Tower Two fell. He and two of his "brothers," Vinny Kane and Mike Elferis, were carrying a paraplegic down the stairwell, when a call came in that another firefighter needed aid. Tommy answered that call, as did many others.

Tommy was engaged to be married. Though he never got the chance to spend those happy honeymoon years with his fiancee, Terri, or raise a family, he left a legacy of love and friendship along with his heroism. One of Tommy's friends, Richard Vitale, wrote:


Let me tell you about Tommy. This man was the funniest guy I ever worked with. It was always a blast. Tommy could simulate anyone's voice with great detail. I never worked with anyone like him. What a great guy! Tommy knew what was right and what was wrong. He never crackled under peer pressure. Even when he tried to work for me for Thanksgiving. He stood strong. That was some reaction we got from the Truck, wasnt it, Tom. Maguire got red as a tomato. I remember when he told me he was going to get married. He was so happy and in Love. What a big smile he had on his face. I teased him about "dont do it", however, I thought what a lucky man to be in love this much. Tommy was respected and loved by everyone.

Apparently with healthcare subsidies and a lower tax bracket, working 29 hours a week instead of 40 hours a week may be more profitable.

From Ira Stoll of the New York Sun:

“Moving from-full-time employment to part-time employment can trigger generous assistance with health insurance and out-of-pocket expenses that can offset much of the income lost to reduced work hours,” he writes. “Under the ACA, it will not be extraordinary for people to be able to have more disposable income from a part-time position than from a full-time one.”

You can purchase and read Professor Mulligan's paper here.
Posted by T. D. at 11:50 AM 6 comments:

From the diary of Lt. C. M. Williams on September 2, 1945, as he was waiting on board ship with other servicemen ready to occupy Japan after the official surrender:

Got up at 0715. We were anchored in Leyte Gulf. We moved out at 0815. I took some things down in the hold and got a different pair of shoes. Cpl. List was with me. Cpl. List and I read magazines on the fantail until about 1500. I got me a rubber life preserver. I got some ice cream and hersheys from the ship’s store. The waves are rocking the ship now, but not too bad. We['re] going straight to Japan. I wrote a letter to Harold E., and Ruthie. I went to church.