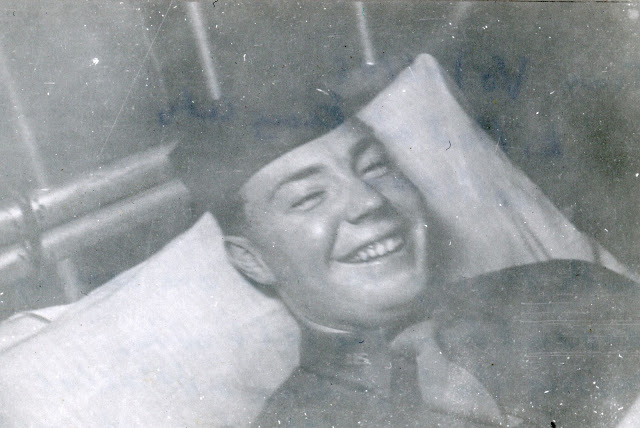 Jim Vlassis was only 19 when he died in an air collision with another air cadet piloted aircraft at King City, California. My dad had this picture of Jim who was a fellow cadet in training. Apparently there was a farm pilots had to fly over to land at the air base. You came in from the right over it and straightened out for landing.  If you missed your landing you circled around and came in from the left.

Cadet Jim Vlassis was piloting a PT-22 #41-20807 coming in for a landing from the right and banking right. Meanwhile Cadet Robert Jesse Warren, age 23, was piloting a PT-22 #41-15290 coming back around from an attempted landing from the left and banking left. They hit at about a thousand feet and their chutes opened at about 100 feet. Both died in the fall on October 19, 1943.

We don't have a picture of Cadet Robert Warren, but both young men died training to fight for their country. A sad loss for their families, friends and for the country.