Words That Strike Fear: PBOT Is Installing "Safety and Pedestrian Upgrades" on a Nearby Street

We received notification that PBOT (Portland Bureau of Transportation) is installing "Safety and Pedestrian Upgrades" on a street near us. Why should that strike fear?

The last nearby safety and pedestrian upgrades forced all users of mass transit to cross a lane of traffic to get to the transit stop. Before the "upgrades" all they had to do was stand on the sidewalk. Now they have to cross a lane of bicycle traffic. It's normally very sparse, but cyclists that do use it often speed along in their lane and, unlike motor vehicles, never stop for pedestrians.

Why PBOT thinks it is safer for pedestrians to get on an island in the middle of two lanes of traffic to board the bus rather than merely stand on the sidewalk is beyond me. Of course, people with disabilities are really at a disadvantage as they can't move as fast in the face of oncoming cyclist traffic. 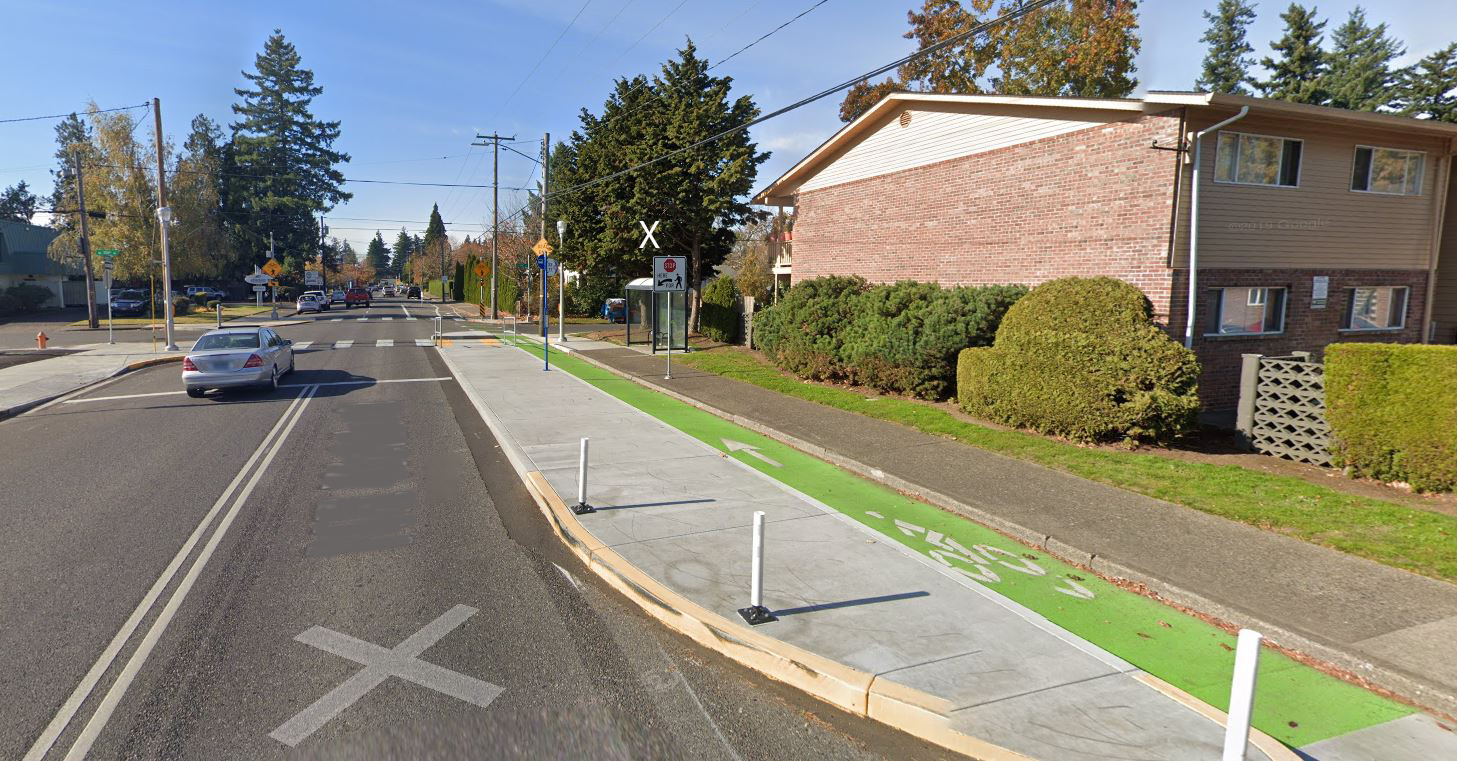 Here's a photo of the PBOT "improvement". The white X in the upper middle of the picture is over the old bus stop shelter. You can see that bus riders did not have to cross a lane of traffic to catch the bus. They merely had to stand on the sidewalk. Now they have to cross the green bicycle lane to enter the bus. The bus has to stop in the middle of the motor vehicle lane to pick up passengers, and those waiting for the bus have to stand on an island with motor vehicles whizzing by a foot or two from them in front and bicycles swishing by within inches of them in the back. What is safer about this arrangement for pedestrians?