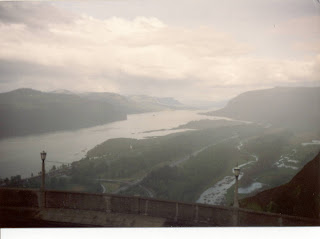 Energy woes including skyrocketing prices are already impacting the national economy. Is Oregon in a particularly vulnerable position?

Oregon has built its economy on high tech, timber (still second even after the big blows it has received), agricultural and food products, and tourism. For tourism, the trend has been up, up, up from 1991 to 2007. But can that upward trend continue? 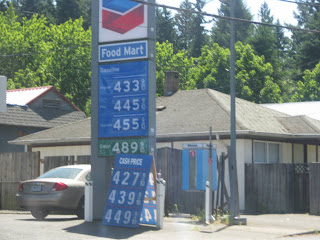 With $4+ per gallon current gas prices (and $5+ per gallon looking probable), prospects do not look good in the short or middle term for Oregon tourism and its associated businesses--nor for Oregon's overall economy.

It's time for local and state leaders to step up to the plate with some workable plans. The legislature should have dealt with the coming economic crunch in their February "emergency" session. But, they didn't. Maybe it's time for a real emergency session.
Posted by T. D. at 12:37 PM No comments:

These highlights include William Boyd on horseback and you can see kids running out to get his autograph in the footage. Also included are the Queen's float, the Junior Court float, two marching bands (no sound on this 8 mm footage), and three floats including one from Hillsboro.

The footage was taken across the street from the Multnomah Hotel by C. M. Williams. The original digitized footage is better than this. Google video compression has introduced a fuzzy quality to the video.

Hope you enjoy the trip back 57 years to a time when the parade was a little more informal and local community centered than it is now.
Posted by T. D. at 2:20 PM 2 comments: 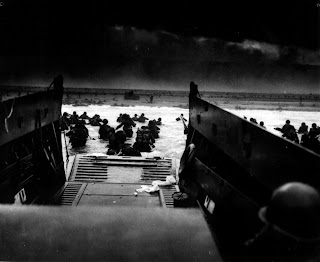 The breakdown of US casualties was 1465 dead, 3184 wounded, 1928 missing and 26 captured. Of the total US figure, 2499 casualties were from the US airborne troops (238 of them being deaths). The casualties at Utah Beach were relatively light: 197, including 60 missing. However, the US 1st and 29th Divisions together suffered around 2000 casualties at Omaha Beach.
(D-Day Museum)

The brave men and women who served in Korea and Vietnam followed in their footsteps--as are those serving in Iraq and Afghanistan.