September 20 - Sgt. Jason M. Swindle, 24, of Cabot, Ark., died in Panjwa’l, Afghanistan, of injuries sustained when he was attacked by a rocket propelled grenade while on mounted patrol.

20 Heroes Fighting in the Afghanistan War Who Died August 16 to September 3, 2012

August 18 - Sgt. David V. Williams, 24, of Frederick, Md., died in Kandahar, Afghanistan. The cause of death is under investigation.

August 27 - They died in Kalagush, Afghanistan, of injuries suffered from enemy, small arms fire. [This error has not been corrected on the Department of Defense site. Sgt. Birdwell and Spc. Anders were killed by an Afghan National Army member.] Killed were:
- Sgt. Christopher J. Birdwell, 25, of Windsor, Colo., and

The Department of Defense on Tuesday confirmed Anders, 21, a U.S. Army specialist, and Sgt. Christopher J. Birdwell, 25, of Windsor, Colo., were killed.

Anders died “after the soldier’s convoy encountered an IED (roadside bomb); he dismounted to patrol the area for secondary devices. He was then engaged with small arms fire by an Afghanistan National Army member. He died of injuries,” according to an Oregon Military Department statement. Birdwell died in the same incident.

Gail Lemberger, Baker High School counselor, remembered Anders as a smart young man with a great sense of humor. He was also eager to join the military, she said. Anders graduated in 2009 from the Baker Alternative School at Haines, although he left many friends at Baker High.

“He already knew he wanted to be in the military, even as a sophomore,” Lemberger said. “He told me, ‘It will be good for me.’ ”


An early statement released by the Department of Defense on Tuesday stated only that Anders was killed from “enemy, small arms fire.”

Then, a further-revised OMD statement indicated that Anders had in fact been killed “after the soldier’s convoy encountered an IED (roadside bomb); he dismounted to patrol the area for secondary devices. He was then engaged with small arms fire by an Afghanistan National Army member. He died of injuries.”

Newsweek reported Monday that “members and civilian employees of Afghanistan’s security forces had killed no fewer than 40 coalition troops this year — at least 10 of the dead, all of them Americans, in the first three weeks of August alone.

“The count has already passed last year’s total of 35 dead, and it’s reached fully double the figure for all of 2010.”

This is an issue not lost on the troops themselves. Fletcher mentioned how her fiance had grown increasingly paranoid about such attacks; he’d told her about a deadly incident, during a similar patrol, that occurred weeks before his own death.

According to his fiance, Anders was especially concerned about former Taliban members being trained on the U.S. base — which he said could have led to information leaks facilitating attacks at vulnerable times and locations.
[emphasis added]

- The Department of Defense announced today the death of a soldier who was supporting Operation Enduring Freedom. Staff Sgt. Jessica M. Wing, 42, of Alexandria, Va., died Aug. 27, in Kuwait City, Kuwait in a non-combat related incident.

August 28 - Pfc. Shane W. Cantu, 20, of Corunna, Mich., died in Charkh, Afghanistan, of wounds suffered when he was hit by shrapnel.


From the ACLJ (The American Center for Law and Justice):


After languishing in prison for almost three years, under the threat of execution for his faith, Pastor Youcef Nadarkhani has been released from prison and acquitted of his apostasy charge.

Pastor Youcef had been summoned to appear before the court this morning for the charges brought against him. His hearing lasted almost six hours. But in the end, he was released and able to return home to his family.

Some of our sources close to the case report that the court acquitted him of apostasy, but charged and convicted him of evangelizing to Muslims. According to these same sources, the court sentenced Pastor Youcef to three years in prison and granted him time served, which means his prison sentence already has been completed.

From the Omaha World-Herald:


[Former Senator Bob Kerrey and current senatorial candidate] singled out a portion of the plan that says if a company with more than 50 workers stopped offering health coverage it would face a fine of $2,000 per employee.

Questions have been raised about whether companies would stop paying for employees’ insurance and send them to obtain their own coverage from new insurance exchanges.

He said the employer mandate "will accelerate an already breaking-down employer-based system." That portion of the law should be repealed, he said.


Kerrey said that he told U.S. Senator Ben Nelson that "I would support him either way" when Nelson was making his decision on whether or not to vote for the bill in 2009.

Kerrey's harsh words for the Obamacare mandate could have something to do with polling showing him 20 points behind Republican opponent Deb Fischer. Fischer pulled off a surprise win in the primary after being endorsed by Sarah Palin.

Palin and the Portland Problem

The Oregonian's Beth Slovic points out that Portland's mayoral candidates have real personal and moral problems.

Former City Commissioner Charlie Hales voted in Oregon while claiming residency in Washington avoiding the Oregon income tax which Washington does not have. He also claimed credit for actions done while he was out of office, plagiarized from the Oregonian in a letter submitted to another Portland newspaper and said he was on a tour that never occurred. Tax evasion and lying.

Meanwhile, Representative Jefferson Smith has had his driver's license suspended seven times since 2002 for not paying fines and failing to appear in court and has been removed from two sports leagues for "roughing up opponents". Lawlessness, irresponsibility and brutality towards opponents.

This is nothing new to a region whose chief claim to modern political fame is Neil Goldschmidt, Bob Packwood, David Wu and Sam Adams--in short, out-of-bounds sleaze even by Portland's low standards.

One looks around at the larger political scene. Is there any national political figure who is known for going after political corruption? There are the smattering of former prosecutors and attorney generals, but anyone who risked their careers by attacking top politicians of any party, let along their own party?

Sarah Palin is the only top political figure who comes to mind. From the Wall Street Journal:


"Enter Mrs. Palin. The former mayor of Wasilla had been appointed by Mr. Murkowski in 2003 to the state oil and gas regulatory agency. She'd had the temerity to blow the whistle on fellow GOP Commissioner Randy Ruedrich for refusing to disclose energy dealings. Mr. Murkowski and GOP Attorney General Gregg Renkes closed ranks around Mr. Ruedrich—who also chaired the state GOP. Mrs. Palin resigned. Having thus offended the entire old boy network, she challenged the governor for his seat."
. . .
"The GOP machine has crumbled. Attorney General Renkes resigned. Mr. Ruedrich was fined $12,000. Jim Clark—Mr. Murkowski's lead pipeline negotiator—pleaded guilty to conspiring with an oil firm. At least three legislators have been convicted. Sen. Ted Stevens is under indictment for oil entanglements, while Rep. Don Young is under investigation."

Yet Palin is one of the most reviled political figures of our time. This says a lot about why Portland's mayoral candidates, as well as candidates and office holders around the country, are of such a low personal and professional level. There is a price paid when punishing those who fight for clean, honest government and looking the other way in the face of dirty tricks, dishonesty and worse.
Posted by T. D. at 2:57 PM 9 comments: 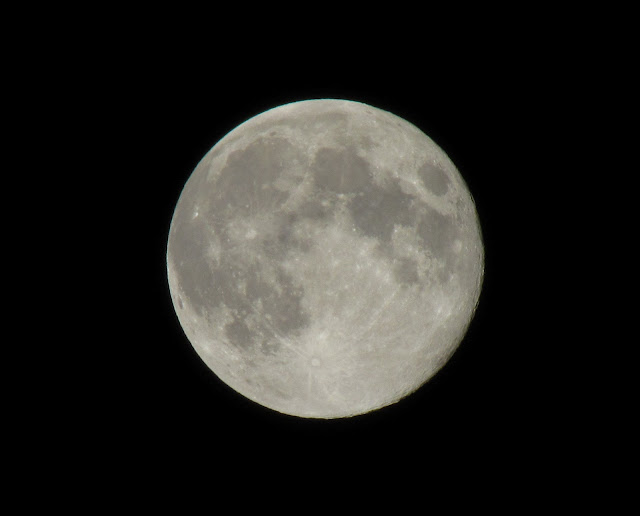 And the first full moon in the month of August that makes the August 31 full moon a blue moon. 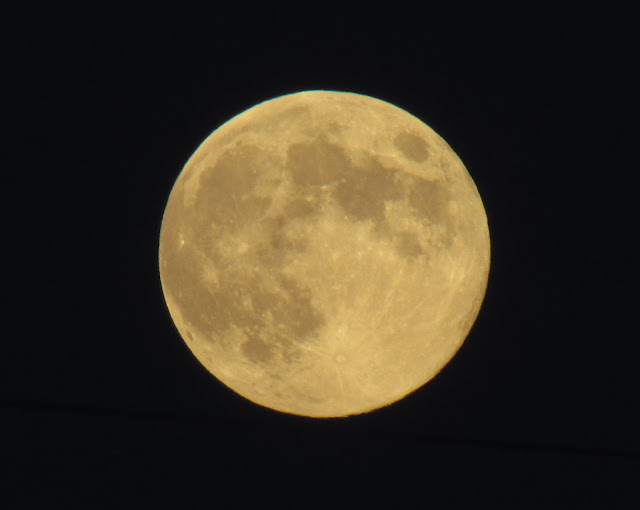