Obama Refuses to Limit His Family to Public Health Care 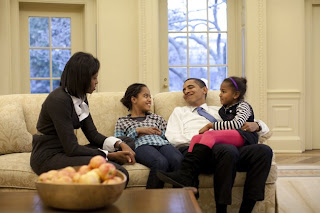 As with choice of school for his daughters, President Obama has ceded the point that public health care would not do for his own family in time of need.

On moving to Washington, D.C., the Obamas chose an exclusive private school ($28,000 - $30,000 tuition per child) rather than the public school system for their daughters. The public schools in D.C. lack quality for even normal family needs, let alone high level family needs.

"Dr. Orrin Devinsky, a neurologist and researcher at the New York University Langone Medical Center, said that elites often propose health care solutions that limit options for the general public, secure in the knowledge that if they or their loves ones get sick, they will be able to afford the best care available, even if it's not provided by insurance.

"Devinsky asked the president pointedly if he would be willing to promise that he wouldn't seek such extraordinary help for his wife or daughters if they became sick and the public plan he's proposing limited the tests or treatment they can get.

"The president refused to make such a pledge, though he allowed that if 'it's my family member, if it's my wife, if it's my children, if it's my grandmother, I always want them to get the very best care.'"

Cross posted at The Next Right
Posted by T. D. at 5:16 PM No comments:

If you haven't quit blogging, you are in the top 5%. The New York Times reports:

"According to a 2008 survey by Technorati, which runs a search engine for blogs, only 7.4 million out of the 133 million blogs the company tracks had been updated in the past 120 days. That translates to 95 percent of blogs being essentially abandoned, left to lie fallow on the Web, where they become public remnants of a dream — or at least an ambition — unfulfilled."

So, like the tortoise and the hare, the race goes to those who persevere and just keep plodding (or blogging). 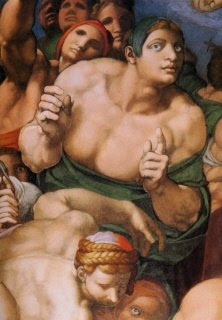 A Japanese study at the Graduate School of Medicine at Tohoku University has found that obese is healthier than thin, and being chubby (remember "pleasingly plump"?) is healthiest of all.

People who are somewhat overweight by age 40 live longer than their very thin counterparts by 6 to 7 years. Even more surprising is that obese people outlive the thin by a margin of about 5 years.

"The study was conducted by a health ministry team led by Tohoku University professor Ichiro Tsuji and covered 50,000 people between the ages of 40 and 79 over 12 years in the northern Japanese prefecture of Miyagi."

Even though the data showed a significant life expectancy difference for the plump and obese, the study spokesman could not bring himself to recommend laissez-faire on eating.

". . . Kuriyama warned he was not recommending people eat as much as they want.

"'It's better that thin people try to gain normal weight, but we doubt it's good for people of normal physique to put on more fat,' he said."

Actually, it's not surprising that they doubt the positive effects of putting on extra weight even though their study results clearly indicate that more weight means a half a decade or more of life. Imagine the price they would pay from media and scientific trend enforcers if they really tried to apply their findings to everyday life. 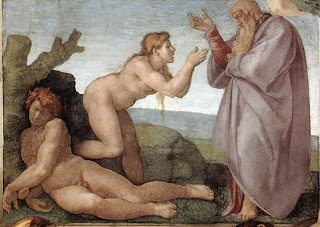 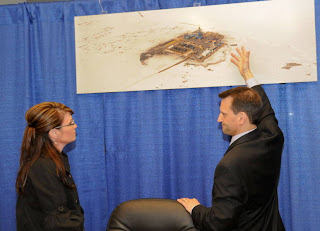 The Bureau of Labor Standards reports that Alaska had the highest percentage increase in employment from April to May with almost a 1% gain:

One of the more ironical MSNBC interviews happened this week.

But, then John Ziegler went to the lengths of saying Sarah Palin (on being asked about previous late night insults) showed "far more class than clearly most people on this network [MSNBC] have." [3:20]

Enough was enough! What an insult to have unnamed people on her network labeled less classy than someone else! Brewer was personally insulted. "And for you to come on and use those sort of insults, insults me." [3:40]

Brewer was so upset she demanded that Ziegler's mic be cut rather than finishing out the 3 or 4 seconds left of open mic.

Cross posted at The Next Right
Posted by T. D. at 2:35 PM No comments:

Victor tells a story of learning how the world works and how to turn enemies into, if not friends, good neighbors.

The question now is: Will Obama's and our understanding of reality crystallize before the country is to the point where we "lose the farm"?

Fourteen year old Willow Palin was at a New York Yankees game with her parents this week. Sexagenerian late night CBS host David Letterman made suggestive jokes* about the Palin daughter at the game.

Todd and Gov. Sarah Palin show how to handle a sleaze that has infected the American media:

"Any 'jokes' about raping my 14-year-old are despicable. Alaskans know it and I believe the rest of the world knows it, too."
- Todd Palin

"Concerning Letterman's comments about my young daughter (and I doubt he'd ever dare make such comments about anyone else's daughter): 'Laughter incited by sexually-perverted comments made by a 62-year-old male celebrity aimed at a 14-year-old girl is not only disgusting, but it reminds us some Hollywood/NY entertainers have a long way to go in understanding what the rest of America understands - that acceptance of inappropriate sexual comments about an underage girl, who could be anyone's daughter, contribute to the atrociously high rate of sexual exploitation of minors by older men who use and abuse others.'"
- Governor Sarah Palin

*Letterman: "The toughest part of her visit was keeping Eliot Spitzer away from her daughter. That was the hard part."

Jeannine Aversa of the Associated Press writes that the jobless rate may have gone up last month because hundreds of thousands of people are encouraged about the prospect of finding work now.

“Hundreds of thousands of people, perhaps feeling more confident about their job prospects, streamed back into the labor force last month looking for work. That was a factor in the jobless rate's rise, economists said.”

Or maybe they are entering the work force because the family breadwinner is now out of work, underemployed or has had his/her hours cut down.

“Including laid-off workers who have given up looking for new jobs or have settled for part-time work, the so-called underemployment rate would be 16.4 percent in May, the highest on record dating to 1994.”
. . .
“To cut costs and perhaps avoid imposing further layoffs, employers trimmed workers' hours in May. The average work week fell to 33.1 hours, the lowest on record dating to 1964.”

Aversa does not name any of the economists promoting the confidence theory and apparently could not find any of the hundreds of thousands of confident new job seekers entering the labor force. However, she did find one already employed job seeker who would be “frantic” if he didn’t currently have a job.

“Dan Blatt, 37, who found a retail job in January after being laid off in October, is one of the lucky few. "I'd be frantic if I didn't have anything now," he said while attending a job fair in New York and looking for something even better.”