New York Times Not Quite Keeping Up

The New York Times reports that advertising revenues are up 3.4% from a year ago. But, operating expenses are up 3.8%*. From Poynter:


Both digital and print advertising revenue rose, for a combined total that was 3.4 percent higher than the same period in 2013.
. . .
The company says it now has about 799,000 digital-only subscribers, an increase of 39,000 over the first quarter of 2013. Circulation revenues were up 2.1 percent. It expects circulation revenue “to increase in the low-single digits in the second quarter of 2014″ over the same period in 2013.

The company’s operating costs went up 3.8 percent, “mainly due to higher compensation and benefits expenses associated with the strategic growth initiatives as well as higher retirement costs,” the earnings report says.
[emphasis added]

Higher compensation and benefits expenses? Higher retirement costs? Wonder what that will be like when the effect of Obamacare on health insurance premiums kicks in. Not to mention the minimum wage (old $8/hr kind not the $10/hr kind NYT favors for other businesses) that NYT just started paying academic interns.

Dismal Advertising Performance of Newspapers (2005 to 2013)

Alan Mutter is one of the most insightful analysts writing on the plight of modern newspapers. His most recent post at Reflections of a Newsosaur charts the fall in newspaper advertising revenue.
Not only are newspapers losing print advertising, they are woefully behind the average growth rate in digital advertising.


Almost as alarming to behold as the ongoing decline in print advertising is how little digital advertising grew at newspapers in the last 12 months in spite of the professed commitment of most publishers to pivot vigorously to the new medium. Digital advertising rose a mere 1.5% to $3.4 billion in 2013 at the same time that digital sales surged 17% across all digital categories in the United States.
. . .
At a time that growth and scale mean everything to the success of a digital publishing enterprise, the ongoing inability of newspapers to compete effectively in this emerging marketplace may be an even bigger problem than the traumatic collapse in print advertising that they have suffered over the last eight years.

Not in the clip:


“We will lose seats in the House,” he said. “I am fairly certain of that based on the poll numbers that are coming out from the more experienced pollsters down there, and I think we may lose the Senate.”

Why Does the BLM Have a SWAT Team?

And it's not only the BLM. A wide range of federal agencies have their own paramilitary SWAT teams. John Fund:


Dozens of federal agencies now have Special Weapons and Tactics (SWAT) teams to further an expanding definition of their missions. It’s not controversial that the Secret Service and the Bureau of Prisons have them. But what about the Department of Agriculture, the Railroad Retirement Board, the Tennessee Valley Authority, the Office of Personnel Management, the Consumer Product Safety Commission, and the U.S. Fish and Wildlife Service? All of these have their own SWAT units and are part of a worrying trend towards the militarization of federal agencies — not to mention local police forces.

If you have a SWAT team, you want to use it. This leads to sending overpowering force not against terrorists, drug runners or organized crime but against regular citizens doing nothing violent or even serious.


Take the case of Kenneth Wright of Stockton, Calif., who was “visited” by a SWAT team from the U.S. Department of Education in June 2011. Agents battered down the door of his home at 6 a.m., dragged him outside in his boxer shorts, and handcuffed him as they put his three children (ages 3, 7, and 11) in a police car for two hours while they searched his home. The raid was allegedly intended to uncover information on Wright’s estranged wife, Michelle, who hadn’t been living with him and was suspected of college financial-aid fraud.
[emphasis added]

Someone needs to disband and defund these federal SWAT teams and require federal agencies to use "real law-enforcement agency" resources.


Brian Walsh, a senior legal analyst with the Heritage Foundation, says it is inexplicable why so many federal agencies need to be battle-ready: “If these agencies occasionally have a legitimate need for force to execute a warrant, they should be required to call a real law-enforcement agency, one that has a better sense of perspective. The FBI, for example, can draw upon its vast experience to determine whether there is an actual need for a dozen SWAT agents.”

Pew Research posted a religious diversity index by country this month. Here are stats for some countries:

Love's as hard as nails

Love's as hard as nails,
Love is nails:
Blunt, thick, hammered through
The medial nerves of One
Who, having made us, knew
The thing He had done,
Seeing (with all that is)
Our cross, and His.

The Alliance for Audited Media has shut down its circulation reporting web page.

AAM celebrated its 99th anniversary* last year by changing its metrics to include "branded editions" (counting free editions with little article content and a lot of ad inserts)** as part of total circulation.  New calculating methods also allow multiplying the same person reading the same content in print, on a desktop computer, a laptop, a tablet, and a smart phone as 5 subscribers. Additionally, AAM cut out the five-day average of daily circulation. This makes comparisons impossible with AAM previous paid circulation figures. So much for its first 100 years.

AAM realized the implications of the change and stopped reporting on significant trends in newspaper circulation. AAM dropped its "top 25" newspapers list for the September 2013 report, and did not update its 2013 March circulation web page figures to reflect September figures.

In the last part of 2013 AAM did not compare one newspaper with another since each could use different methods*** of counting. AAM's September 2013 report measured individual newspaper growth, and that not so competently given the 1 reader can = 5 subscribers metric.

Compare the "audience gainers" report (partial list to the right) which measures individual gains with AAM's previous "top 25" list (partial list lower right) which measured one newspaper's circulation against the circulation of all the others. The Boston Globe, one of the few newspapers to appear on both lists, jumps from a total average circulation of 245,572 in March 2013 to a combined audience total of 2,196,804 in September 2013. Talk about a bounce!

For those seeking real insight on U.S. newspaper circulation trends, the "audience gainers" chart is of little use. It headlines, not the Wall Street Journal, or the New York Times, or USA Today, but the Stamford, Connecticut Advocate, the Akron, Ohio Beacon Journal, and the Lakeland, Florida Ledger. All probably fine newspapers, but not news outlets the rest of the country pays attention to.


For the last six months there has been no content on the circulation report page. Finally, this week AAM posted the notice on the web page: "This product has been discontinued. Sorry for the inconvenience, please contact AAM for more information."

With the changes it made in 2013 AAM has basically thrown in the towel on a century of work. It looks like the March 2014 report due out in the next two weeks will follow in the same meaningless footsteps AAM laid down last September.
_____
*[this information updated] founded as Audit Bureau of Circulations in 1914
**"If a publication doesn’t have any editorial content, it may still qualify as a branded edition. A publication without editorial content that primarily delivers freestanding inserts, such as Sunday Select or TMC products, may still qualify as branded circulation if the consumer requests the product."
***"Some newspapers take advantage of these options and others do not, eliminating seemingly forever the possibility of comparing apples-to-apples data across the industry -- or even from year to year for the same publication, if it changes its reporting standards over time."

Media Matters: Unions and Economic Equality Not for Us

The Washington Examiner reports that Media Matters for America is resisting efforts to unionize its staff.


Last week, the union filed a representation petition with the National Labor Relations Board, indicating that the nonprofit media watchdog organization rejected an effort by the union to organize MMFA's staff through a Card Check election.

This comes after Media Matters has decried "[r]ight-wing media outlets who have long engaged in a campaign to demonize organized labor" which "may be contributing to economic inequality" in the U.S.

It seems Media Matters isn't so hot on organized labor either and not that committed to economic equality for its staff.

Here's my best shot of the lunar eclipse last night. 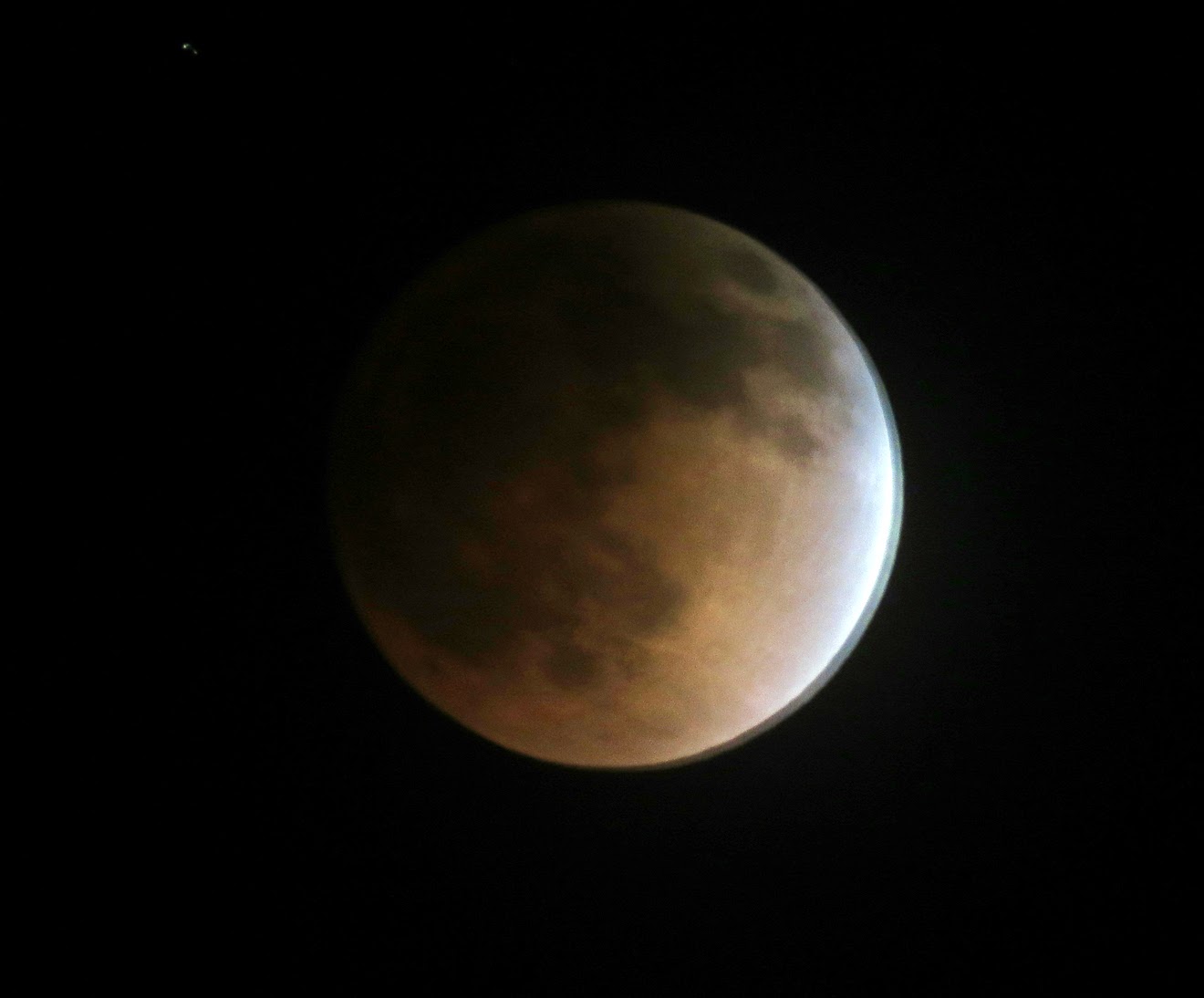 I'm hoping to work out better photo techniques/settings for the October eclipse.
Posted by T. D. at 3:25 PM 2 comments:

April 2 - Killed at Fort Hood by Army Specialist Ivan Lopez, 34, from Guayanilla, Puerto Rico:
- Sgt. 1st Class Danny Ferguson, 39, of Mulberry Florida. He had just returned from Afghanistan.
- Staff Sgt. Carlos A. Lazaney-Rodriguez, 38, of Aguadilla, Puerto Rico. He planned to retire from the military soon after serving 20 years.
- Sgt. Timothy Owens, 37, from Effingham, Illinois. He was a counselor in the Army and had served in Iraq.
(The Department of Defense does not include any of the three killed at Ft. Hood in its statement or listings.)

Jeff Mapes points out that a Tax Foundation study of 2011 state tax statistics ranks Oregon in the top third (16th) of states paying most as a percentage of taxes paid relative to state income: 10.1%. However, Oregon drops down to the top 2/5ths (20th) among the states in taxes paid per capita: $3,861.


Oregonians pay less in state and local taxes than the U.S. average -- but taxes take a slightly greater-than-average-share of their income because they make less money.

That's the bottom line of a new study from the Tax Foundation, which said that Oregon has the 16th highest state and local tax burden as a share of income.  On a per-capita basis, Oregon is 20th in its tax burden.

So, Oregon drops near the upper middle of the pack in tax status per capita only because Oregonians make quite a bit less per capita than its northern and southern neighbors and $200/month less than Wisconsin square in the middle at 25th. Washington averages $46,456 (11th), California $45,254 (15th), and Wisconsin $40,741(25th). Here's the breakdown: 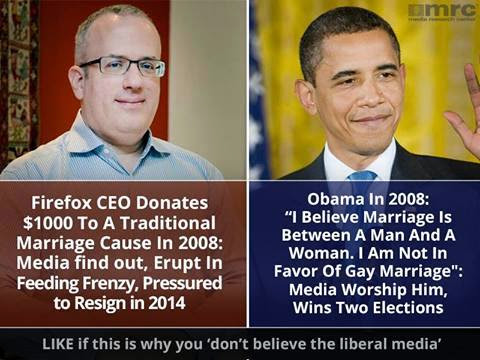