Almost two-thirds of tax filers who received insurance via the state or federal insurance Marketplaces had to pay back an average of $729 of the Advance Premium Tax Credit (APTC), cutting their potential refund by almost one-third, according to analysis of filing data by H&R Block (NYSE: HRB), the world’s largest consumer tax preparation company. Conversely, one in four was due additional premium tax credit and therefore had an increase of an average of $425 in their refund.

Amazingly, most of those who owed refunds were not advised to get their withholding down so they would have little or no refund coming. The average refund for these folks was $2,195. Apparently they are not so poor that $180 missing from their monthly pay check is of concern. Either that or no one has ever talked to them about how easy it is to change their withholding status.

Another big surprise was that penalties owed averaged $178--almost twice the touted $95 flat fee penalty. It will be even worse for the 2015 tax filing: $325 per adult.


While the average penalty of $178 at year’s end was almost double what many assumed was a flat $95 fee, [Mark] Ciaramitaro[*] said tax filers can expect the flat fee to increase to $325 per adult, or it could be 2 percent of household income minus the filing threshold, whichever is greater. For example, the penalty this year for a family of four earning $60,000 was around $400, but next year that increases to $975. The Year 2 penalty could drive increased interest in exemptions as well as marketplace enrollments, Ciaramitaro said.


The majority of taxpayers (81%) with marketplace health insurance plans received subsidies. Despite concerns that marketplace users would have to pay back large amounts of their subsidies because of not reporting changes in their income, the average range of premium tax credit payback was lower than industry estimates prior to tax filing season.

33% took an advanced tax credit and got an additional subsidy when they filed their taxes, at an average range of $207 - $257.

44% took an advanced tax credit and were required to pay some money back, at an average range of $315 - $365, because they underestimated their projected income for 2014. This is a lower amount than some previous industry estimates.

5% took an advanced tax credit and saw no adjustments when they filed their taxes.

The average health insurance penalty for taxpayer households was at an average range of $88 – $138.

It sounds like somebody is spinning data. Maybe it's a difference in clientele for the two firms. But, TurboTax data sounds mushy. Having an average range ($88-$138) instead of a clear average ($178) as H&R Block reports indicates a lack of clarity in reporting data. Also, TurboTax gives no information on if the money paid back came from tax refunds or will be collected via normal IRS legal/criminal pressure.

In any case, both firms say 2015 will be more difficult for tax filers.


“This season saw general ACA-related confusion, incorrect or delayed 1095-A information documents, and overall anxiety regarding refund impacts,” Ciaramitaro said. “With many taxpayers now receiving coverage documentation, more taxpayers who will experience APTC reconciliation and the doubling of penalties, unfortunately we should expect taxpayer anxiety and confusion to continue next year.”

This Boy Has a Chance to Make It 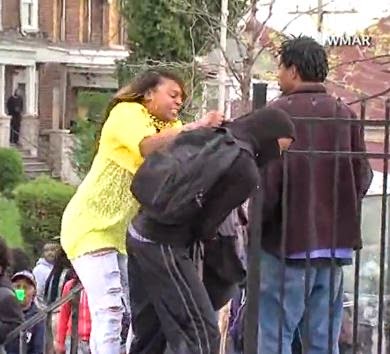 A mom in Baltimore was watching television and saw her son throwing rocks in the riot. She rushed out to the riot area, found him, smacked him and sent him home. This is the sort of spirit that will keep the black community from dying out despite federal nanny state "help" that results in poverty, abortion and single parent families--not to mention after school rioting. 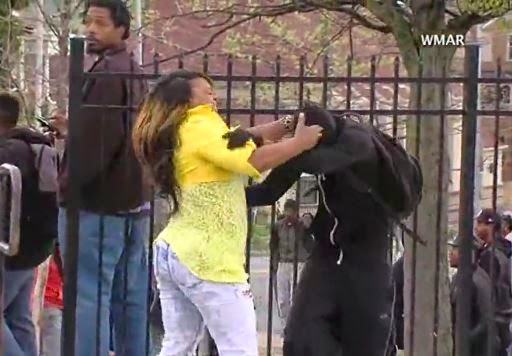 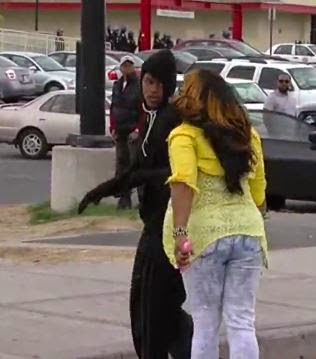 Too bad the other rioters don't have people who love them this much.

Max is right. She deserves the "mother of the year" award.


"GoFundMe charges a flat fee of 5% on all payments collected.
. . .
"In addition to GoFundMe's 5% fee, users are also agreeing to one of the following fees, along with the linked Terms & Conditions found below, based on the user's selection during the GoFundMe sign-up process. Only one (1) of the fees described below will be applied per GoFundMe campaign - not a combination thereof:

Note the 5% flat fee for GoFundMe and the 2.9% plus $0.30 fee for WePay. So for one transaction you pay GoFundMe coming and WePay going. Heh. There's a sucker born every minute.

Also, Paypal charges no fees for transferring money to family or friends as gifts.

But GoFundMe charges 5% more than Paypal for merely collecting the funds.

Nice work if you can get 5% just for receiving and holding funds with no responsibility for paying them out. Banks might want to look into that business model for the savings accounts they offer.

Byron York reports that U.S. District Judge Andrew Hanen has reacted to the Obama Administration attorneys misleading statements to him on implementation of new immigration rules which could allow up to 5 million illegals to stay in the U.S. and get work permits.

Department of Justice (DOJ) attorneys had led Judge Hanen to believe no implementation of the new rules would take effect before his February ruling. Judge Hanen then learned on March 4 that the administration had begun implementing the program in November of 2014. A March 4 DOJ "advisory" informed Judge Hanen that:


"more than 108,000 people had already received three-year reprieves from deportation and work permits. DOJ attorneys insisted the moves were made under 2012 guidelines and apologized for any confusion, but Hanen seemed unconvinced during a hearing last month and threatened to sanction the attorneys."

Hanen rebuked the Government for misleading the Court in a ruling released last night.


"Clearly, if a "clarification" on any ongoing actions taken by the DHS [Department of Homeland Security] was ever necessary, which of course it was, [the January hearing] was the time. Silence here, and then later during the scheduling discussion, was misleading. Whether by ignorance, omission, purposeful misdirection, or because they were misled by their clients, the attorneys for the Government misrepresented the facts. The Court, relying on counsels' representations, not only gave the Government extra time for its briefing, but it also took February 18, 2015, as the agreed-upon date by which to rule on the motion for a temporary injunction."

Though Judge Hanen showed his displeasure, there were no sanctions because, in his words, the issues have "national significance".


"Any number of federal judges, given this misconduct, would consider striking the Government's pleadings," Hanen concluded. Hanen said he would be tempted to do the same in this case, were the subject not so important. "The issues at stake here have national significance and deserve to be fully considered on the merits by the Fifth Circuit Court of Appeals and, in all probability, the Supreme Court of the United States," Hanen wrote. Throwing the case out now would "not only penalize those with an interest in the outcome, but would more importantly penalize the country, which needs and deserves a resolution on the merits."

Certainly, throwing out the Government's case because of misconduct would mean a lot more trouble for the Government. But, that's how the law usually works. Misconduct by one side is  punished, sometimes severely.  Apparently for Judge Hanen there are cases too big to fail irrespective of Government misconduct.

One is reminded of the Government misconduct in the prosecution of former Senator Ted Stevens. The judge there vacated the verdict in 2009 but not before Stevens lost his 2008 re-election bid because of prosecutorial misconduct. (By the way, that lost seat paved the way for the hairsbreadth adoption of Obamacare by a filibuster proof vote in the Senate along party lines on December 24, 2009.)

However, the second shoe is yet to fall as Judge Hanen is still pursuing the issue with Government attorneys.


In a separate order, Hanen imposed an April 21 deadline for the Justice Department to submit information about the advisory it sent in March about the 108,000 three-year reprieves, including a list of people who knew about it.

Still the lack of resolve to impose any sanctions at this point, even a contempt of court ruling, is troubling. Here's hoping Judge Hanen will find the resolve to punish conduct that he wouldn't blink an eye in punishing for less powerful players. 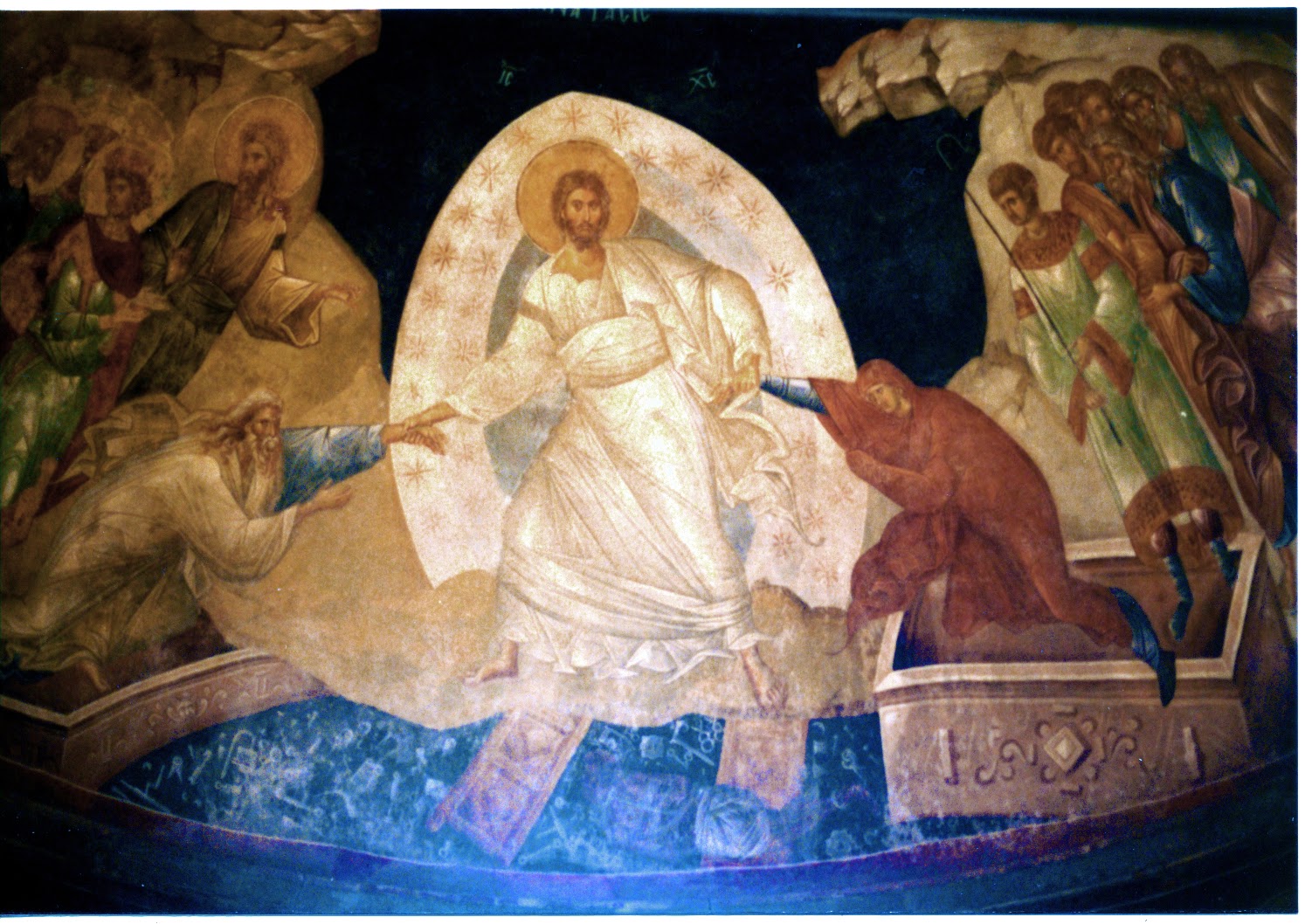 The resurrection of Jesus. His victory over death and the grave. His power as our high priest, redeemer and savior. All of these mean more this Easter as our family suddenly lost my youngest nephew this month.


Therefore, since the children share in flesh and blood, He Himself likewise also partook of the same, that through death He might render powerless him who had the power of death, that is, the devil, and might free those who through fear of death were subject to slavery all their lives.
(Hebrews 2:14-15)

There is grief. There is hope. There is rejoicing.

May your Easter be filled with hope and rejoicing. 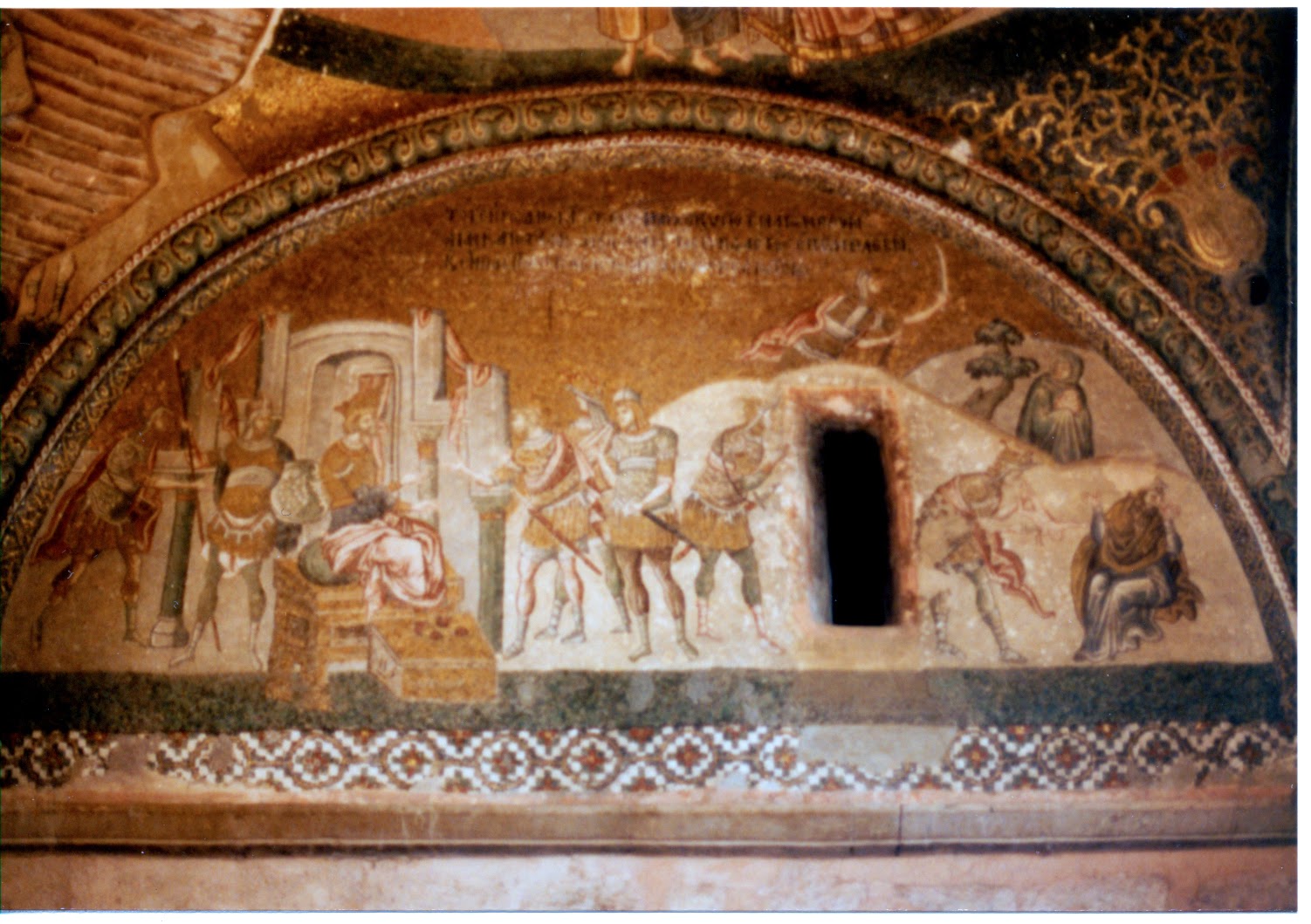 (The photos in this post are from the church of Chora in Istanbul taken a number of years ago. The first depicts Jesus breaking the gates and power of Hell and the second, the empty tomb).

Atheism and Agnosticism Are Not the Wave of the Future

The Pew Research Center has done a study projecting growth of world religions from 2010 to 2050.

It appears that the decline of religion is not the wave of the future. Despite the decades of predictions by some Western atheists and agnostics that religion would die out (remember hearing that when you were in school?), there is no evidence to support that belief.

Actually, religion is growing stronger and the unaffiliated* (including atheists and agnostics) weaker.

Right now the unaffiliated are slightly more than Hindus in world population and percentage. In 2050 the projection is that the unaffiliated will lag behind Hinduism. Hinduism is expected to lose less than a percent of their current share (from 15% to 14.9%). Atheists and agnostics by contrast are expected to shed about 1/5th of their 2010 world footprint (16.4% to 13.2%).

The major reason for growth or decline is birth rate. However, being convinced does have a role--though apparently a small one. The unaffiliated gain the most by people switching, but it's estimated to be only 61.5 million by 2050. That sounds like a lot, but in terms of the estimated 1.2 billion who will be unaffiliated in 2050, it's a drop in the bucket (5% of unaffiliated and less than 1% of the total world population). 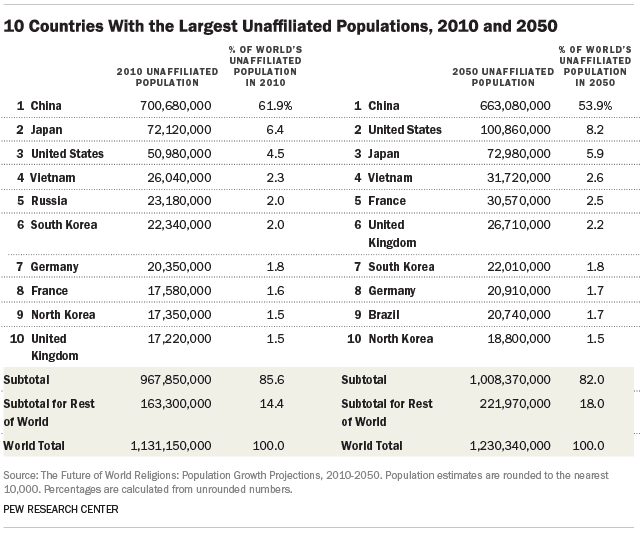 Also, what happens in China will have a huge impact since presently China has the largest unaffiliated population in the world (62% of the 1.1 billion total).


The biggest unknown factor, however, is China, the world’s most populous country. Because of a lack of reliable data on religious switching in China, none of the scenarios models religious switching among its 1.3 billion people. If there is considerable switching in China in the coming decades, it could lower the percentage of the world’s population that is unaffiliated and boost the numbers of Christians, Buddhists and perhaps other groups.

However, there is some light for unaffiliateds in six countries: Japan, the United States, Vietnam, Germany, France and the United Kingdom. But, the cloud coming with that silver lining is that those countries and the other four countries with a large unaffiliated population are on target to reduce their population share from 1/3rd of the world's population in 2010 to 1/4th in 2050.

_____
*Pew definies the unaffiliated as "atheists, agnostics and people who do not identify with any particular religion"