The Sarah Palin Channel looks intriguing.  You can watch it on your computer, tablet or smart phone. Cost is $9.95/mo or $99.95/year. (Those who sign up by August 1 get an extra two free months.)

Palin is on the cutting edge of major political figures using technology to reach the popular audience. She's not afraid to think outside the box--which is what we need in light of the crumbling credibility of all branches of the federal government and the news media.

It reminds of Ronald Reagan's over 1,000 radio addresses given between 1975 and 1979 before he became president. In these he reached out to the popular audience via the easy access technology of his day. He also honed his stand and presentation of the pressing issues facing the nation. Palin has looked at Reagan's actions as well as his political philosophy and learned from them.

NY Obamacare Premiums Set for Double-Digit Rise; What about Oregon's?

The average hike sought by insurers for individual plans is 12 percent—but a number of firms serving large numbers of patients want to boost individual premiums by nearly 20 percent.

What about the requests now going to the Oregon Insurance Division?

It looks like Moda (which now covers more than 40% of Oregon's individual market) is also asking for double-digit hikes: an 11-13% raise in the Portland area for the three categories listed (21 year olds; 40 year olds; and 60 year olds). Moda's small group increase proposals are in the 8-11% range. Below is the chart for individual 21 year old coverage. 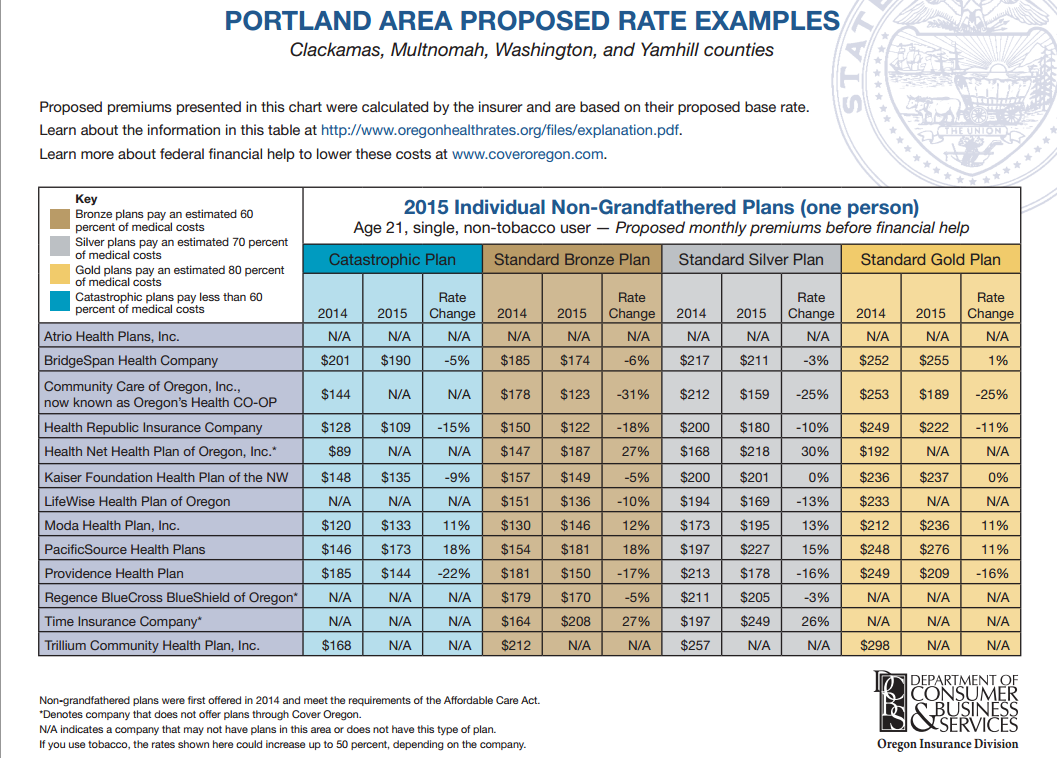 
The proposed rate increases call into question one of the goals of the Affordable Care Act — curbing runaway health-care costs.

Indeed. Weren't savings supposed to be something like $2,500 per family?