On the 5-1/2 million dollar project along NE Halsey and Weidler and more to come, the Portland Bureau of Transportation (PBOT) has worked long and hard to make the stretch dangerous for drivers and pedestrians.

They have all sorts of islands jutting out that slim the lanes so that drivers have to always be on the alert for them. Thus, much less time and opportunity to look for pedestrians trying to cross the street. So, if you're not a speedy, young pedestrian, it's best never to walk along that stretch. Below is a photo of a corner. Notice both sides have jutted sidewalks into the normal parking lane area. Which means if a truck and a car both want to turn (one in and one out), there's no way. It's even difficult for cars. 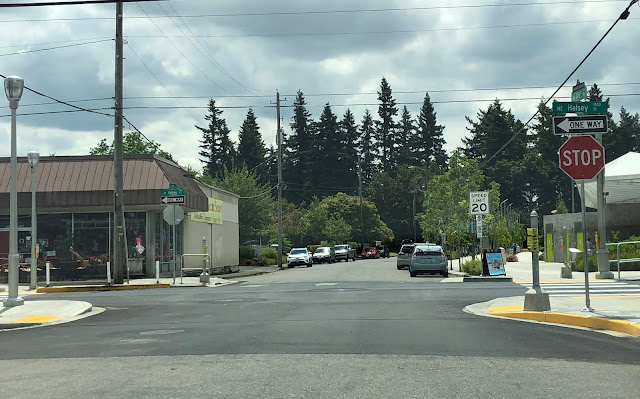 And as they note:

"Bus stopping in outer travel lane to improve travel times along corridor" which means bus stops all traffic in that lane.  I thought they put in all those turnouts for buses to help traffic movement and prevent cars from rapidly changing lanes when a bus is stopped. The fun thing is that there is no such stopping of bicycles who can mow down pedestrians who have to cross to an "island" to cross the street or catch the bus. And the pedestrian is raised above street level 360 degrees all around so anyone with mobility problems or children to watch has to be aware how close they are to falling off if their walker or wheelchair slips or they lose their balance or their children lose their balance.

It's a nightmare. Here's their rendering: 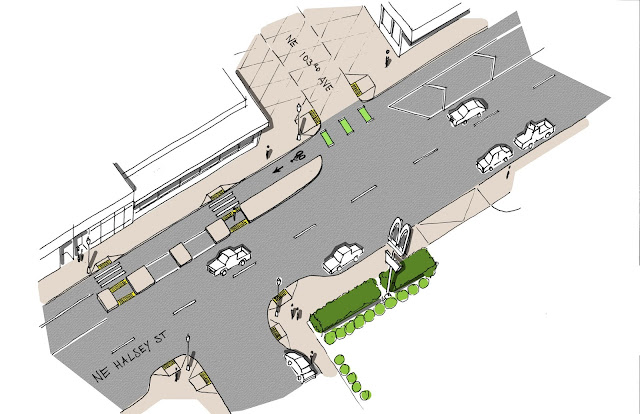 Note the up and down blocks one needs to scale in the pedestrian "refuge island" with bicycle and car traffic whizzing by mere inches away instead of a parking lane away. Why there is space between them instead of being a solid block is anyone's guess.

I wonder if PBOT would win the award for most incompetent bureau in the City of Portland. They certainly misspent 5-1/2 million dollars to make pedestrian and vehicle traffic more dangerous than ever.
Posted by T. D. at 4:38 PM No comments:

I've been scanning my dad's World War II diary. He was a B-25 bomber pilot. Here's his entry for today 74 years ago:

The Oregonian had a miniature serviceman's edition. Each page was 8-1/2"x11" with the double page being 17"x11". It had eight pages. Content was a normal front page miniaturized, another page of national news, then a page of local news, editorial page, another page of local news with half the page being comics, a society page with half the page being comics, a sports page, and the final page was a photo essay on a war event in the two editions we have. 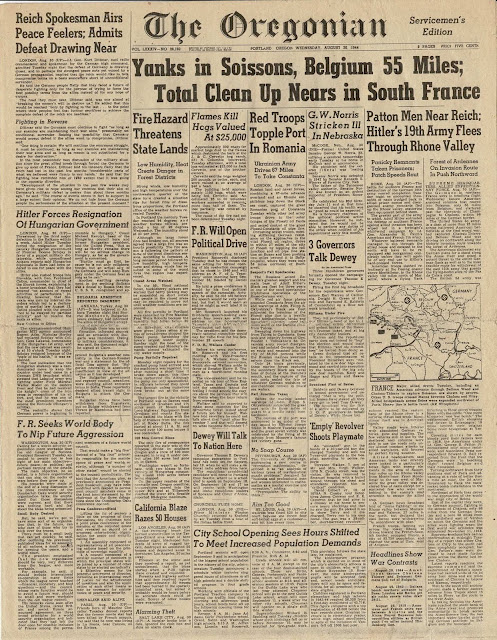 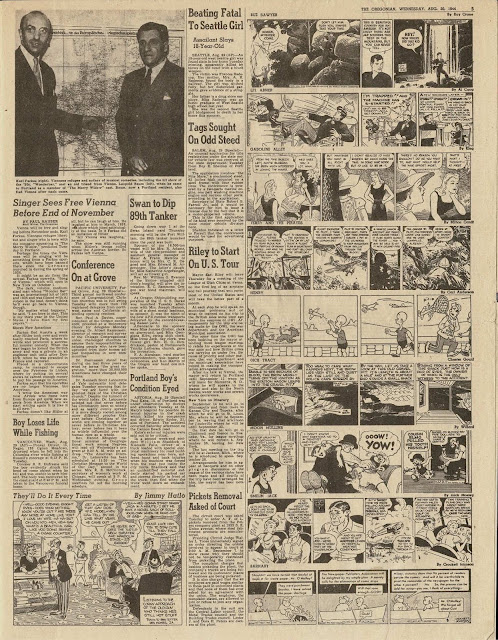