Salem Is a Much Better Pick for Affordable Living than Portland

Elliot Njus of the Oregonian reports the "Average Oregon renter can no longer afford a typical one-bedroom apartment".


The average Oregon renter can no longer comfortably afford a one-bedroom apartment even while working a full-time job, according to a new report.

The numbers from the National Low Income Housing Coalition's "Out of Reach" report show the escalating impact of rising housing costs across the state.

According to the report, a renter would have to make $36,161 a year to comfortably afford a typical one-bedroom rental in Oregon, but the average renter household in the state makes only $36,096.

For some low-income renters, the outlook is even more bleak. There are only a handful of rural counties where the average one-bedroom apartment is affordable to a renter who works full-time earning the minimum wage.

Here is a link to the National Low Income Housing Coalition's data on Oregon counties which also has a downloadable report on Oregon. A significant share of Oregonians rent: 39%. The main site link compares Oregon with other states. It also gives a map of contiguous Oregon local areas by entering the zipcode. Here's a screenshot of the greater Portland-Vancouver area for two-bedroom housing. 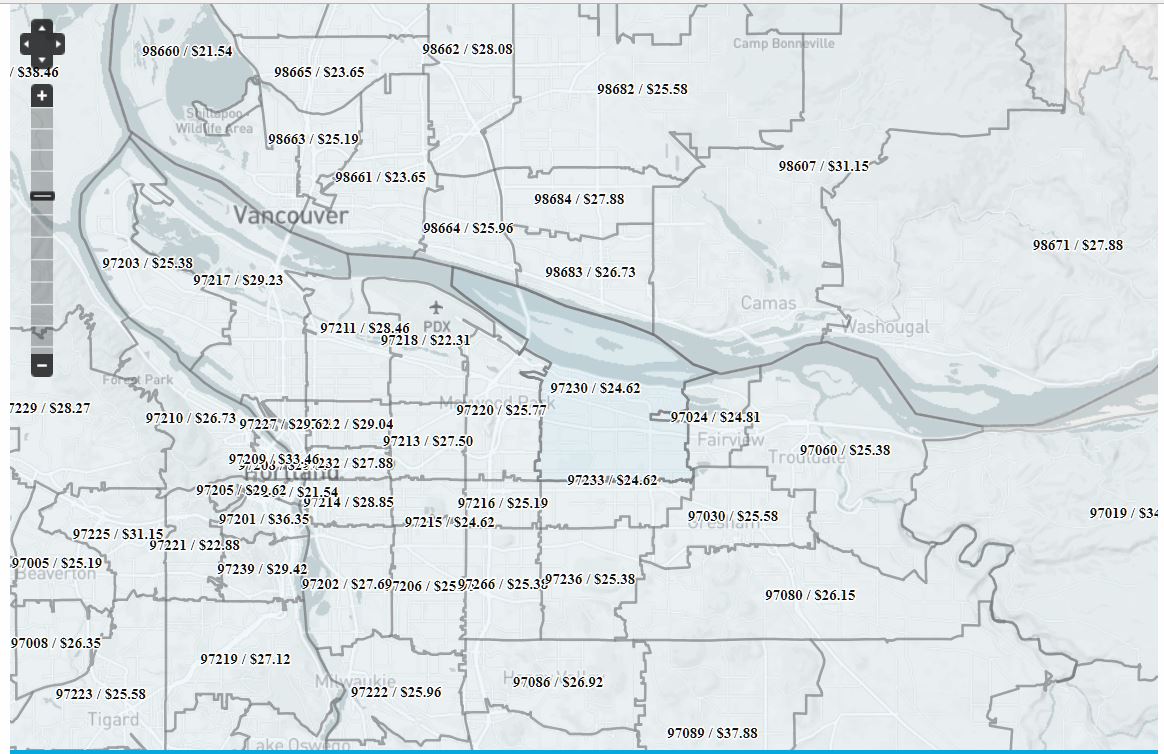 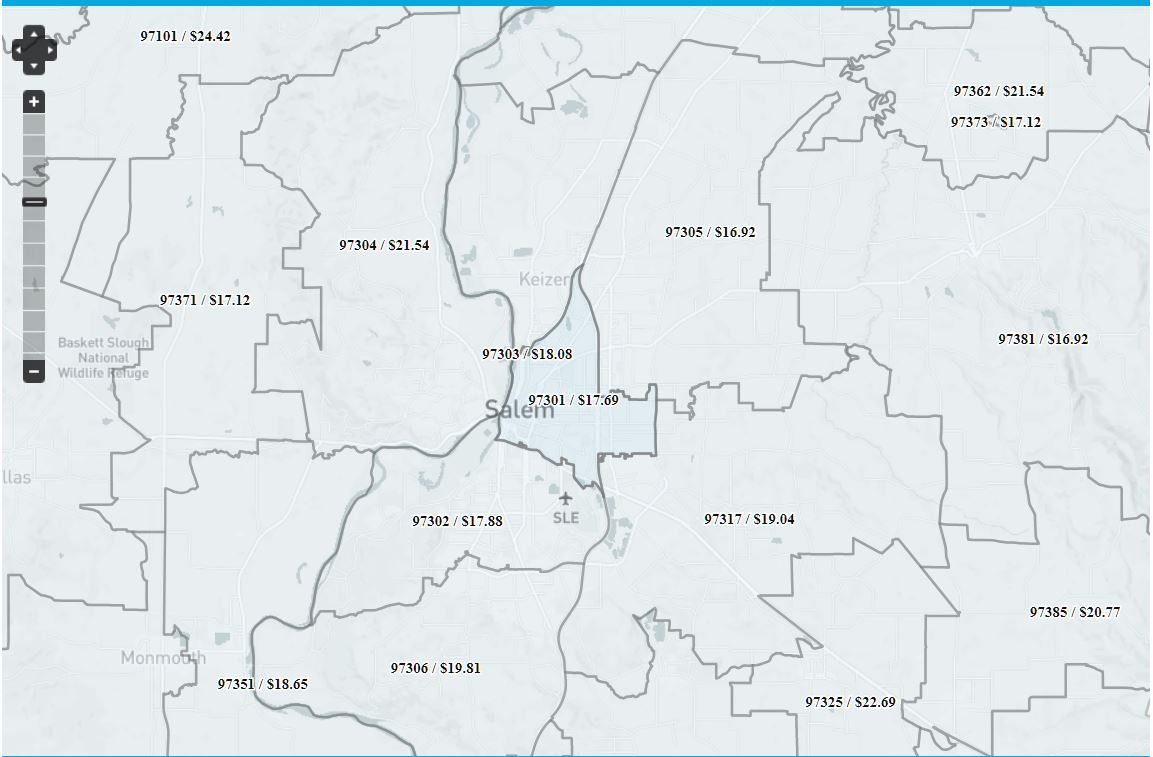