I always like to hear Governor Sarah Palin's take on current political issues. Last week she was guest hosting for the One America News Network’s “On Point” show.

and just for fun Mary Matalin and James Carville

Hmm. Wonder how long it will take for Fox to try to renew their contract with Palin?

Palin and Fox parted ways "amicably" in June. Funny how Mediaite's headline "Fox News Parts Ways with Sarah Palin" (a variation of Politico's "Fox drops contract with Sarah Palin") implies that it was more Fox's decision than Palin's even though the story (and the original in Politico) has not a shred of evidence to back that up. Typical media arrogance "making stuff up". Last time Fox supposedly let Palin go (January, 2013), it wooed her back only five months later.


"Palin began her first contributor deal after her gubernatorial resignation in 2009, but was let go in January 2013 after her appearances dwindled and she publicly complained about how the network “cancelled all my scheduled interviews tonight” in August 2012. But then five months later, she re-upped with the network — a deal which lasted until this month."

Mediatite spins it that five months later Palin "re-upped".  Get it. Fox doesn't want Palin, but she apparently has the power to get them to bring her back. Good luck on that. Ask Glenn Beck. Actually, that kind of thing happens when the star walks away from the network and then decides to walk back to an eager network. Not when a disinclined network lets a star go and then suddenly reverses its position for no apparent reason.

In 2013 Mediaite (and Politico) got the story right (though again not the headline--those pesky headlines and the need for them to reflect the actual story!) in 2013 relying on Real Clear Politics (which wrote the headline the right way: Sarah Palin Parts Ways With FOX News), but not this time. Maybe Mediaite and Politico should both check with Real Clear Politics before writing their stories and especially their headlines.

What the Government Can Learn from Restaurants and Disney

The New York Sun has a great column by Ira Stoll comparing his wait at Disney World (or even local restaurants) to his wait in TSA lines. Disneyland has wait times posted and updated and fun activities along the wait line. Restaurants have vibrating pagers so you can do something else while you wait other than hover around the seating point. TSA has none of that.

On a family vacation in Florida last week, I waited in a 30 minute line to board a roller coaster called the Seven Dwarfs Mine Train. The time flew by.

The ride’s designers had taken a series of steps to make the wait less onerous than it otherwise might be. There was a sign at the beginning of the line telling me how long a wait to expect. The time listed on the sign was accurate — maybe even a few minutes high, so that by the end I was pleased that the line had moved more quickly than I expected. There were activities along the line — video games to play, kaleidoscope-projecting, gem-filled barrels to turn — to occupy impatient children and adults during the wait.
. . .
The airport was a totally different story. The wait at the Transportation Security Administration security checkpoint seemed designed to impose frustration rather than ease it. There was no sign telling us how long the wait was. Instead, I was handed a sheet of paper with the handwritten time I arrived, and I was told to turn the paper in when I finally reached the metal detector so that the government could find out how long the wait is. Disney knows how long its wait is and tells customers what to expect. The government has no idea how long its wait is and asks customers to help it find out.

In the government’s airport security line, there were no fun activities to entertain or distract those waiting.
. . .
You don’t have to be Disney to get lines right. Even restaurant chains like Cheesecake Factory and Shake Shack give customers vibrating pagers to make waits more palatable. Imagine if the TSA gave you a pager so you could shop or eat in the airport until it was your turn to make it through the metal detector.

Stoll points out that politicians seem uninterested in the troubles of waiting passengers because they often avoid the stress because they can (and do) take private flights where there is not long waiting line.


Perhaps one reason the politicians don’t get it is that they themselves often avoid commercial air travel. It’s not just Air Force One or Donald Trump’s private jet. Military or private jet travel extends to officials like the FBI director and the attorney general. The FBI has not one but two Gulfstream V jets. Even Congress gets a special deal. As a senator, Hillary Clinton reportedly took more than 200 privately chartered flights. The rules allow her senate office or her campaign to pay the much lower commercial rate. When John Boehner took over as speaker of the House, he made a big show of not taking military aircraft the way Nancy Pelosi used to. But a New York Times account reported, “There was no waiting for Mr. Boehner, who was escorted around the identification-checking agents, the metal detectors and the body scanners, and whisked directly to the gate.”

As with global warming, the big cheeses who speak for limitations and cutbacks like Prince Charles, Pesident Obama and Al Gore, never seem to cut back their travel or lifestyles to live in the deprived fashion want average people to live. At least Jimmy Carter wore a sweater and turned the heat down in the White House when he asked Americans to cut back their heating for energy conservation. President Obama, by contrast, turned the White House heat up. For modern liberals the masses are supposed to sacrifice, not the leaders.
Posted by T. D. at 2:32 PM 4 comments: 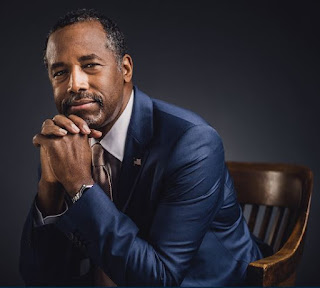 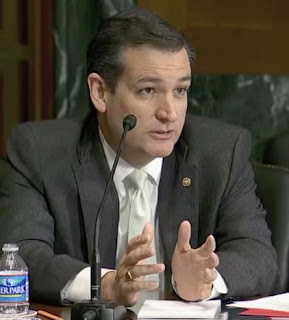 And, of course, I continue to support Sarah Palin. 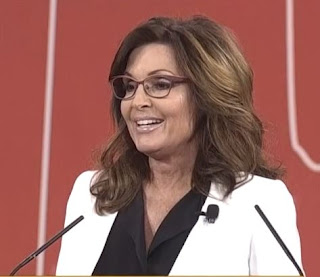 The Republicans have an embarrassment of riches in their presidential candidates. The Democrats not so much. Where are their black and Hispanic candidates? Apparently Barack Obama and Hillary Clinton have sucked all the air out of the room for their "rising" identity group stars.

What's the world coming to when a conservative is supporting political people from all the best identity groups?