Today from the Oregonian editors on an anti-Measure 50 ad:

The industry's last TV spot veers into silly desperation, attacking Measure 50 because it's a constitutional amendment. So what? This state's Constitution is full of scores of amendments, and the Legislature referred this one only because too many lawmakers, having taken campaign money from the tobacco folks, wouldn't pass it as a statute.
[emphasis mine]

How embarrassing from a newspaper that has decried too many initiative petitions that overcrowd the ballot. But, overcrowding the state Constitution isn't a problem? If you can't get something approved as a statute, it's okay to put it in the constitution?

The logic is so lame that one feels a bit sheepish going after the Oregonian on this. If we were in a boxing match, the referee would have stopped the fight.
Posted by T. D. at 1:03 PM 3 comments: 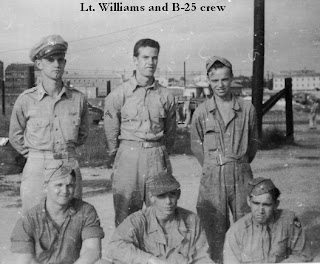 Last night I and a World War II Pacific bomber pilot watched the first installment of Ken Burns’ The War.

The War underlines some of the key facts about mobilizing a nation and winning a war. It does this in the engaging, deeply moving way that has become Burns’ hallmark.

President Roosevelt and his advisers realized that mobilizing and maintaining public support was key. Concerns about civil liberties, open government, and free speech and press were secondary.

1. The government didn’t give information on US weaknesses and failures. (Only after the war did the public find out about U.S. military weakness and lack of response to the plight of U.S. servicemen fighting in the Pacific theater.)

2. Reporters had limited access to the war front. (When, after seeing how the Japanese treated American captives, American soldiers killed Japanese prisoners, no one was there to report it--and there is no indication that they would have or could have reported it in any case.)

3. The civilian government ran the war with an eye on political necessity even going against military counsel at times (opening a front in Africa--not Europe).

- Tens of thousands of American citizens were deprived of essential civil liberties merely through executive order. Executive Order 9066 forced relocation to camps for Japanese-Americans (and to a much lesser extent German-Americans and Italian-Americans) with the loss of personal and business property that comes with forced removal from one’s home area. And, of course, there was the censoring of every military person’s correspondence home.

- Volunteers poured into the military service.

(In upcoming installments one expects to see treatment of the extensive nation-wide rationing program and the dropping of the atomic bomb. Both of which had extensive public support at the time--and still today among most of those who served during the war.)

The World War II vet thought it was a good representation of what really happened based both on his personal experience and extensive reading on World War II.

I thought it said a lot about why the US has had trouble winning even small wars since then.

President Reagan’s military-economic “outspend them” tactic has been the only wildly successful plan. Korea is still a mess. Vietnam was a loss. Iraq 1 didn’t settle much. Bosnia is still a trouble spot. Afghanistan has had success but still has smoldering embers. And Iraq 2 is just starting to see progress.

Military might doesn’t do well in a limited engagement format. Our only rousing military success (besides the Revolutionary War) is World War II. What worked then was a massive response (at home and abroad) and “unconditional surrender” policy. That brought not only military victory, but those we defeated actually became our friends and allies.

Fred Thompson went up a tick with his rather classy, sensible response to a baiting question on James Dobson’s “private” criticism of him.

"If in fact this e-mail ... reflects his views, so be it," Thompson said. "I have a lot of friends who I think are friends of his who have a high regard for me, and I'm very proud of that."

Count me as a friend of Dobson who is having higher regard for Thompson--and feeling bad that Dr. Dobson isn’t more careful about sending private e-mails to people who give them to the AP.

In a private e-mail obtained by The Associated Press, Dobson accuses the former Tennessee senator and actor of being weak on the campaign trail and wrong on issues dear to social conservatives. 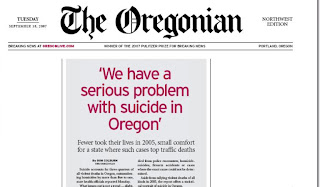 What do you expect in a state where assisted suicide is legal?

Oregonian reporter Don Colburn notes the “serious problem” doesn’t even include those who “legally” commit suicide.

Terminally ill people who end their lives by a doctor-prescribed drug overdose under Oregon's unique-in-the-nation Death With Dignity Act are not counted as suicides.

The rate among the elderly is especially high:

Suicide rates are higher among men and military veterans, and they rise steadily with age. Among Oregonians older than 65, the rate is 78 percent higher than the national average.

Victimization of the elderly was a trend noted last year by USA Today:

The Supreme Court on Tuesday rejected the Bush administration's attempt to block the only state law that allows doctors to prescribe drugs to help the terminally ill end their lives.

The 6-3 decision that upheld Oregon's assisted-suicide law opens the door to similar laws elsewhere at a time when evolving demographics — baby boomers are entering their 60s — are pointing toward a spike in the elderly population. That is fueling debates over how patients end their lives. 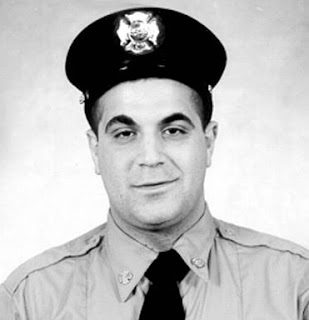 [Following is my 2006 post for 9/11. I don't think there is a better memorial to the real heroes or a better way to underline the evil that still faces the United States. We will need to sacrifice, as Thomas Anthony Casoria did, to defeat it.]

Thomas Anthony Casoria was killed by Al-Qaeda terrorists on September 11, 2001.

Tommy was only 29. He was a firefighter with the New York Fire Department, Engine Company 22. He lived his life in direct opposition to the values of the terrorists. He died trying to save lives.

Tommy responded to the call for help in Tower One of the World Trade Center. Here's what one of his cousins, Jo-Ann Casoria, wrote:

Tommy absolutely loved his job and he loved sharing stories of his workdays with his older brother, Carlo, also a firefighter.

Tommy radioed in his location twice after Tower Two fell. He and two of his "brothers," Vinny Kane and Mike Elferis, were carrying a paraplegic down the stairwell, when a call came in that another firefighter needed aid. Tommy answered that call, as he did many others.

Tommy was engaged to be married. Though he never got the chance to spend those happy honeymoon years with his fiancee, Terri, or raise a family, he left a legacy of love and friendship along with his heroism.

Let me tell you about Tommy. This man was the funniest guy I ever worked with. It was always a blast. Tommy could simulate anyone's voice with great detail. I never worked with anyone like him. What a great guy! Tommy knew what was right and what was wrong. He never crackled under peer pressure. Even when he tried to work for me for Thanksgiving. He stood strong. That was some reaction we got from the Truck, wasnt it, Tom. Maguire got red as a tomato. I remember when he told me he was going to get married. He was so happy and in Love. What a big smile he had on his face. I teased him about "dont do it", however,I thought what a lucky man to be in love this much. Tommy was respected and loved by everyone.

This is a day to remember the heroism of Thomas Anthony Casoria.
Posted by T. D. at 8:33 PM No comments: