William F. Buckley, Jr.: a blessing to the nation – a personal hero and friend 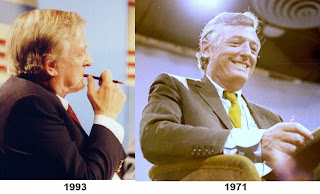 Today William F. Buckley, Jr. passed into the presence of his Lord. He leaves a legacy of political discourse that enriched the nation, energized his friends and charmed his foes (many of whom became his friends). He had the gift of a quick wit and brilliance in debate, speaking and writing.

He also had a heart for people and the gift of making and keeping friends. I was privileged to be called his friend from the early 1970's on.

I spent an evening and a day with Malcolm [Muggeridge] as recently as last December, and think him very special. He is coming to New York to do a Firing Line with me in a couple of weeks. It pleases me hugely that he thinks well of me, though no more than it pleases me that you do.
(April 27, 1979)

He once said after an introduction filled with the sort of overstated praise that is common to speaker introductions, “It doesn’t hurt as long as you don’t inhale.” Bill Buckley never inhaled praise or his own success.

He was ever generous and encouraging and helped many young people both liberal and conservative in political commentary and writing careers. (Jeff Greenfield was a regular on Firing Line in the 1970's.) Bill was clear in his thinking and firm on his convictions.

Those who give opinions regularly must either put themselves forward as imposters or else confess quite openly that they are the very best opinions going. That is not to say, of course, that they are the result of one's own thought, created ex nihilo. Mine most assuredly are not: I lean most heavily on other men, living and dead, men whose ideas, should I find myself at variance with them, it would cause me great anxiety, indeed would bring me to doubt deeply the wisdom of continuing in my profession. If I felt that I were losing my faith, I would lie down until I got over it. That is thought by most people to be very un-Amercan. I consider that it is very wise, provided you are certain, as I am, of the superiority of other people's thinking to your own, and know who those others are.
(WFB, from the introduction to The Jeweler's Eye)

Bill was oh so easy to be with and enjoy. He laughed easily and always had a story or humorous anecdote at hand to liven up a point either he or you were making.

Bill was a committed Christian. He loved his Lord, and the desire to publicly communicate that resulted in Nearer, My God: An Autobiography of Faith (1997, Doubleday). One could also see Bill's passion as a Christian in Firing Line interviews he did with Malcolm Muggeridge. Muggeridge wore his faith effortlessly, and Bill explored the how's and why's of Muggeridge's ease in evangelism.

Bill consistently encouraged me in my faith and desire to serve the Lord. He even offered to write a letter of recommendation for me to a graduate program in theology at a top evangelical school. I took him up on it, and one of my treasured possessions is the copy he sent me of that recommendation.

Bill did a short answer interview for Vanity Fair in the September 1993 issue. Here are some of his answers:

What is your idea of perfect happiness? Heaven.
If you could change one thing about yourself, what would it be? I'd like to know how to pray better.
What is your most treasured possession? My faith.
What do you regard as the lowest depth of misery? The loss of faith.
How would you like to die? Painlessly.

Today he got two of his wishes. He died painlessly, and he is now in perfect happiness with his Lord (and his beloved Pat) in Heaven.

His passing is a loss to the nation, his family, friends and admirers, and to me. I loved Bill Buckley.

C. S. Lewis once wrote that the passing of a friend is a bit like losing a leg. It may not hurt so much after the amputation, but no more mountain walks. I'm already missing those mountain walks.
Posted by T. D. at 10:43 PM 2 comments: 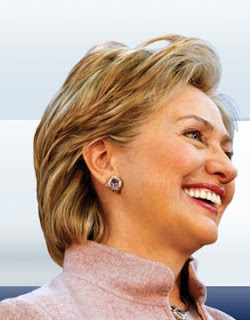 I watched some news/interview/commentary shows yesterday. I switched back and forth between Meet the Press (NBC) and Fox News Sunday with Chris Wallace (FOX).

Meet the Press had four analysts plus Tim Russert. All were negative toward Hillary Clinton--even the women. So negative, that even I, never a Hillary supporter, felt the unfairness. Everything Hillary does is wrong. It seemed more like a football pile on rather than analysis.*

In contrast, Fox News Sunday, which had four analysts plus Chris Wallace, was much more sympathetic to Sen. Clinton and how hard it is for her to get a hearing on the case for her candidacy over Obama's candidacy.

Watching Meet the Press I actually felt sorry for Hillary Clinton. Maybe there was some positive statement made about her, but I can’t remember it. The one start at a negative statement about Barack Obama (David Brooks on doubts that Obama can bring unity since he has not been a part of any bipartisan effort during his time in Congress even though many other Democrats have) was quickly put to rest by Doris Kearns Goodwin as not really important.

That’s how the mainstream media works. They have their favorites. Their favorites don’t have to answer hard questions and don’t get withering scrutiny (unless there is a smoking gun that even the mainstream press can’t avoid). The alternative media, on the other hand, seems to be much fairer even to those candidates it doesn't favor.

For years the Clintons have enjoyed positive press against their political opponents. Now they know what Republicans face every campaign--what President George W. Bush has faced for almost all his presidency.

Turn about may be fair play, but it’s still hard to watch unfair treatment. And that’s what Hillary Clinton is getting now. She, Mitt Romney and John McCain can commiserate.

----
*Meet the Press does deserve credit for putting a transcript up of the show. Fox has only a partial show transcript, and none of it on the political commentary.
Posted by T. D. at 8:26 PM 2 comments: 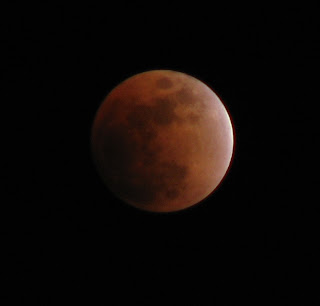 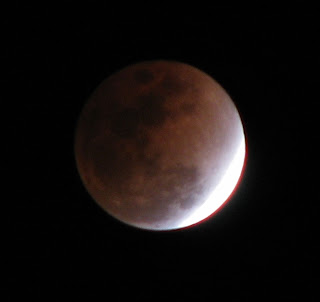 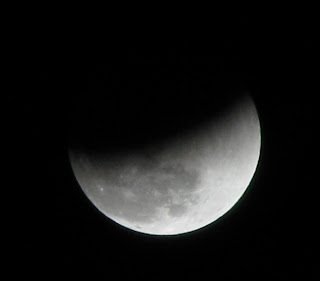 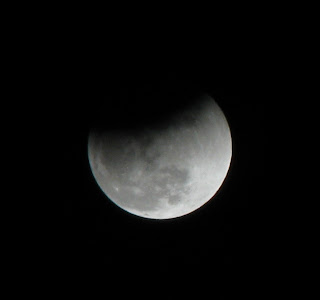 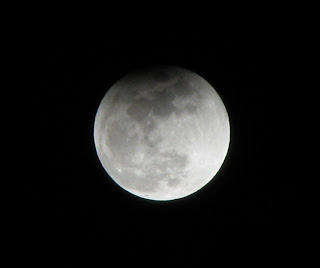 Associated Press/KATU TV December 31, 2007: By September, all Oregon cars will run on fuel that contains ethanol

Under a law passed this year by the legislature, the renewable fuel standard for ethanol kicks in when Oregon's ethanol production has the capacity to reach 40 million gallons a year.

The state achieved that goal this summer when Pacific Ethanol began producing at the Port of Morrow.

By Jan. 15, the blended fuel will become mandatory in Multnomah, Clackamas, Washington, Clatsop, Columbia, Tillamook, Yamhill, Polk and Marion counties. Portland has its own requirement for ethanol-blended fuel already in place.
. . .
As of Sept. 16, the only gasoline to be sold in Oregon without the ethanol requirement is fuel used exclusively for aircraft, Wyckoff said.

Advocates of blending gasoline with ethanol say it helps the environment, reduces dependency on foreign oil and, hopefully, will drop the price of motor fuel.

Clearing land to produce biofuels such as ethanol will do more to exacerbate global warming than using gasoline or other fossil fuels, two scientific studies show.

The independent analyses, which will be published today in the journal Science, could force policymakers in the United States and Europe to reevaluate incentives they have adopted to spur production of ethanol-based fuels. President Bush and many members of Congress have touted expanding biofuel use as an integral element of the nation's battle against climate change, but these studies suggest that this strategy will damage the planet rather than help protect it.

Finally, considering projected population growth in the United States and the world, the humanitarian policy would be to maintain cropland for growing food -- not fuel. Every day more than 16,000 children die from hunger-related causes -- one child every five seconds. The situation will only get worse. It would be morally wrong to divert cropland needed for human food supply to powering automobiles. It would also deplete soil fertility and the long-term capability to maintain food production. We would destroy the farmland that our grandchildren and their grandchildren will need to live.

Or how about: obese people and smokers should lobby to have taxes raised on fit and thin people who are driving up their health care costs.

It costs more to care for healthy people who live years longer, according to a Dutch study that counters the common perception that preventing obesity would save governments millions of dollars.

The results counter the common perception that preventing obesity will save health systems worldwide millions of dollars.

"This throws a bucket of cold water onto the idea that obesity is going to cost trillions of dollars," said Patrick Basham, a professor of health politics at Johns Hopkins University who was unconnected to the study. He said government projections about obesity costs are frequently based on guesswork, political agendas and changing science.

He said government projections are frequently based on guesswork, political agendas and changing science? Nah! Only in the alternative universe.
Posted by T. D. at 4:08 PM No comments:

Ted Olsen over at Christianity Today has asked the question of why exit polling never asks Democratic voters if they are evangelicals:

If any exit poll anywhere asked Democrats if they identify themselves as evangelical/born-again, I'm not seeing it. I'm sure Howard Dean, Leah Daughtry, Jim Wallis, Katie Barge, and others aren't happy. But journalists (who call the shots on what questions get asked) shouldn't be pleased, either. There's a lot of talk tonight about how evangelicals are shaping the Republican ticket. There ought to have been some discussion about how they're shaping the Democratic ticket, too. After all, a third of evangelicals vote Democratic.

The faith of evangelical Republicans, on the other hand, does make a difference. There are candidates they do and don't support because of the candidate's view on life, embryonic stem cell testing, traditional marriage, and religious freedom of expression. And evangelical Republicans have been leaders in the political fight on all of these issues.

If evangelical Democrats want to have a role in shaping politics and policy, they need to find a way to shape the political agenda in ways that stand out from Democratic secular standards.
Posted by T. D. at 7:46 PM No comments: